END_OF_DOCUMENT_TOKEN_TO_BE_REPLACED

CLIMATE alarmism’s primary objective is to scare you and policy makers into belief such that your taxes are effortlessly diverted, with little to no scrutiny, into research grants and green schemes and scams to supposedly stop bad weather by changing the temperature of the planet. Yet, no one can ever tell you by how much the temperature will change for each dollar spent. But alas, “Saving The Planet” is far more important than how your hard-earned money is spent, right?

CLIMATE research is paid for by you in the form of government grants. And, thanks to the system of  peer-review, the most scary studies, prefaced by “anthropogenic” are given the green light, published in science journals with results interpreted by the compliant mainstream media and delivered back to you, to scare you even more such that you will happily donate more money to research.

A google search with key words [climate research + climate change worse than we thought] illustrates 1,960,000 times in 0.45 seconds the effect that monopolistic or one-way funding has on published results…

END_OF_DOCUMENT_TOKEN_TO_BE_REPLACED 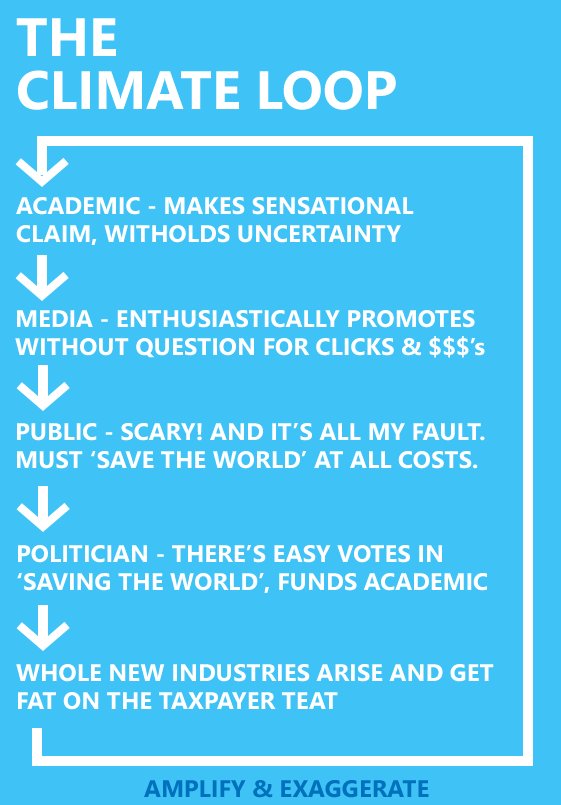 THIS “climate loop” graphic delineates precisely the scandalous gravy train and self-perpetuating madness of “Climate Crisis Inc.” Where screaming “SAVE THE PLANET” promises a bounty of backslapping, group approval, and if deceitful enough, free access to trillions of dollars of taxpayers money; unchallenged, unlimited, guaranteed by the bank of virtue-signalling, environmentalism and political correctness. 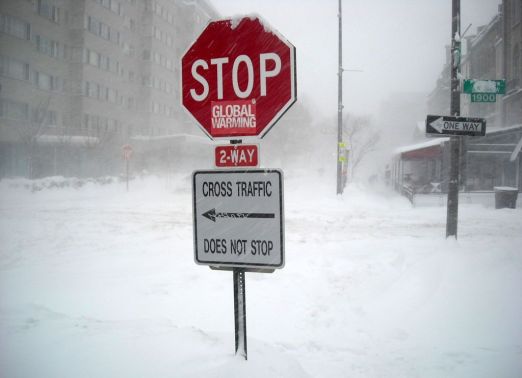 BETWEEN the start of 1997 and the end of 2014, average global surface temperature stalled. This 18-year period is known as the global warming “pause” or “hiatus” and has been the subject of much research and debate in peer-reviewed scientific journals.

THE rise in global temperatures that alarmed climate campaigners in the 1990’s had slowed so much that the trend was no longer statistically significant. This despite one-third of Man’s entire influence on climate since the Industrial Revolution occurring since February 1997.

THE pause took a pause during the 2015/16 super El Niño which was the strongest such event in recorded history and helped to make 2015 and 2016 the warmest years in the modern warm period. However, 2017 witnessed the biggest drop in global temps in recorded history, seen across most data sets, bringing temps back inline with 1997-2014 averages, rendering “the pause” alive and well, to date.

THERE has been a recent surge in media reports aiming to debunk and bury the inconvenient hiatus, not predicted by any climatologist, science agency, government body, media outlet or UN computer model.

BEFORE it “never happened” – established, peer-reviewed climate science was all over the pause.

IN fact, before it was disappeared, the hiatus was central to the IPCC report… 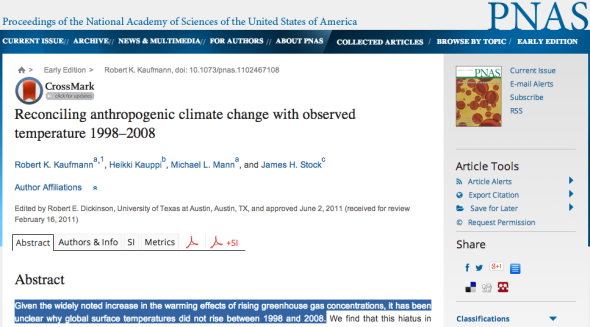 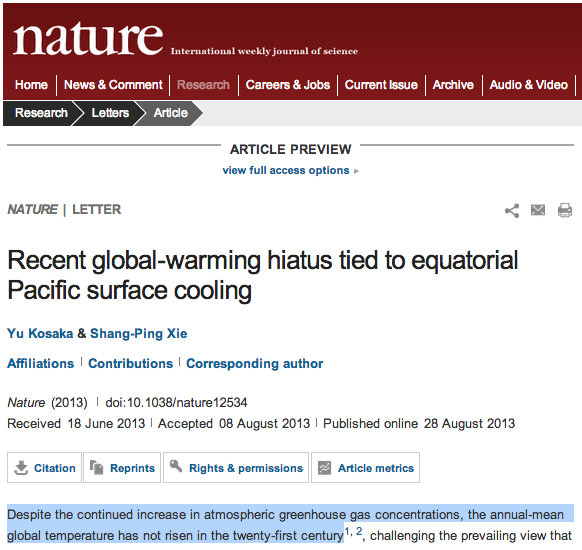 Retrospective prediction of the global warming slowdown in the past decade : Nature Climate Change