“You are entitled to your opinion, but not your own facts”

The President of the United States says that wildfires are becoming more frequent.

US wildfires are at a 30 year low, and have been declining for Obama’s entire political career.

Obama has neither opinion nor facts. He just makes shit up.

Before Mikey erased the MWP and LIA, there was “no question” they existed.

You just have to watch this, it shows weaseling out of direct questions as an art form. Key phrase: “Well what I would say is…”  From Bishop Hill: Take a look at the new Environment Secretary Elizabeth Truss discussing the green blob with Andrew Neil. It is scary to think that people like this have our collective future in their hands. Even scarier to consider that a Prime Minister would want them in his cabinet.

San Francisco’s Capital Planning Committee (CPC) has adopted what is being called the most comprehensive guidelines in the nation for preparing for the impacts of sea level rise on a city’s infrastructure.

With roughly seven million people living in the San Francisco Bay Area, the potential for displacement and damage to business and ecosystems is enormous. The Pacific Institute, a think-tank focusing on sustainable development, estimates $48 billion of assets could be impacted in San Francisco alone.

During the 19th century Florida averaged more than one hurricane per year, but that number has dropped in half. 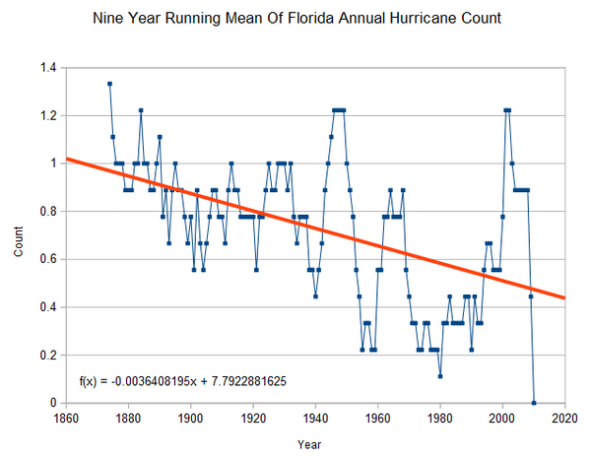 US Temperatures Are Plummeting

US temperatures have declined over the last 85 years, and are near record lows now. Other than a sharp warm up of half a degree at the 1998 super El Nino, the US has been cooling almost continuously since 1930.

“We’ve got to ride this global warming issue.
Even if the theory of global warming is wrong,
we will be doing the right thing in terms of
economic and environmental policy.“
– TimothyWirth,
President of the UN Foundation

Driessen : A Climate of Fear, Cash and Correctitude

No introduction needed to this Driessen masterpiece, other than to say the article sums up nicely how modern environmentalism has nurtured a regime of government funded, pseudoscientific endeavour that has fuelled man-made global warming hysteria.

A Climate of Fear, Cash and Correctitude 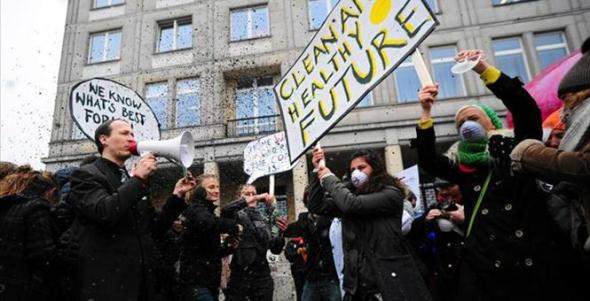 Editor’s Note: This article was co-authored by Dennis…

“In Searching For A New Enemy To Unite Us, We Came Up With The Threat Of Global Warming”

“The common enemy of humanity is man.
In searching for a new enemy to unite us, we came up
with the idea that pollution, the threat of global warming,
water shortages, famine and the like would fit the bill. All these
dangers are caused by human intervention, and it is only through
changed attitudes and behaviour that they can be overcome.
The real enemy then, is humanity itself.“
– Club of Rome,
premier environmental think-tank,
consultants to the United Nations

Anthropogenic “climate change” is, and always was, a radical campaign to reduce the world’s population. A misanthropic agenda engineered by the environmental movement in the mid 1970’s, who realised that doing something about “global…