“When the heart rules the head,
passion takes over reason.”
– Ortega y Gasset

“Blind trust in authority
is the greatest enemy of the truth.”
– Albert Einstein

“The ‘problem’ is not only that all of the expired forecasts were wrong,
but also that so many of them never
admitted to any uncertainty about the date.”
– David C. Rode et al, Apocalypse now Communicating extreme forecasts, International Journal of Global Warming (2021)

They – the scientific ‘experts’, power-obsessed politicians, globalist elites, the useful idiots, and the UNreliables grifters were wrong, while you were right, all along.

Now, the world is finally being told the truth about the 32+ “cooked” UN IPCC climate models that have single-handedly driven the most egregious and costly pseudoscientific campaign of fear and alarmism ever perpetrated upon mankind.

Relentless mainstream-media-driven hysteria, based on biased UN model predictions, has fuelled a relentless tidal wave of unhinged activism, devouring; every last respectable public institution, otherwise intelligent minds, and worst of all, the taxpayer’s hard-earned-money at a rate of 1.4 trillion dollars per year, or 4.5 billion dollars per day, according to a 2015 article by Climate Change Journal.

However, have cooler heads finally prevailed from, of all places, the head of the most ‘revered’ and influential of all the many taxpayer funded ‘climate’ institutions?

This weeks bombshell climate-model-mea-culpa delivered by none other than the head of NASA (GISS) Climate, Gavin Schmidt, a chief architect of global-climate-alarmism.

Read it and weep, climate crazies.

Leading climate scientists conceded that models used to estimate how much the world will warm with rising levels of carbon dioxide in the atmosphere are running too hot.

“It’s become clear over the last year or so that we can’t avoid this,” Gavin Schmidt, director of NASA’s Goddard Institute for Space Studies, told Science ­magazine.

The admission is seen as a significant development by scientists who argue that not enough attention has been paid to natural ­cycles in the earth’s climate.

It puts another question mark over the use of the most extreme scenarios generated by models, RCP8.5, to estimate what could be expected in a warming world.

The concession has been made on the eve of this month’s release of the Intergovernmental Panel on Climate Change’s report on the science of climate change.

That report, delayed a year ­because of Covid-19, is due to be released on Aug­ust 9 and will outline what can be expected with different levels of warming.

It will play a major role in ­preparations for the upcoming ­climate change summit in ­Glasgow, Scotland, in November.

A Science article published this week said climate scientists faced the alarming reality that “climate models that help them project the future have grown a little too alarmist”.

“Many of the world’s leading models are now projecting warming rates that most scientists, ­including the model makers themselves, believe are implausibly fast”, the article said.

“In advance of the UN report, scientists have scrambled to understand what went wrong and how to turn the models, which in other respects are more powerful and trustworthy than their predecessors, into useful guidance for policymakers.”

In the past, most models projected a “climate sensitivity” – the warming expected when atmospheric carbon dioxide is doubled over pre-industrial times – of ­between 2C and 4.5C.

Last year, a landmark paper that used documented factors including ongoing warming trends calculated a likely climate sensitivity of between 2.6C and 3.9C but many of the new models from leading centres showed warming of more than 5C – uncomfortably outside these bounds.

The models were also out of step with records of past climate.

According to Science, the IPCC team will probably use ­reality – the actual warming of the world over the past few decades – to constrain model projections.

The IPCC report is also likely to present the impacts of different amounts of warming – 2C, 3C, 4C – rather than saying how quickly those impacts will be felt.

Steve Sherwood from the UNSW Climate Change Research Centre said “while it is true some new climate models have surprising climate sensitivities and predict very high future warming, what doesn’t always come through is that most new models have sensitivity values within the range estimated from observations”.

“Those models still predict substantial future weather and climate changes due to carbon dioxide, similar to predictions made by the science community for many years,” Professor Sherwood said.

US climate scientist Judith Curry said the IPCC report would certainly discuss the problem with climate models: “The elephant in the room for the IPCC is they are heavily relying on RCP8.5 emissions scenarios, which are now widely regarded as implausible.”

Michael Asten, an expert reviewer of the IPCC’s AR6 report, said the admission that climate models were running hot was a significant concession.

Graham Lloyd is a fearless reporter of all sides of the environment debate. A former night editor, chief editorial writer and deputy business editor with The Australian, Graham has held senior positions nationa… Read more

Could Pacific Northwest heatwave, European floods have been caused by the Sun?

Jet-stream blocking, as a result of weakening of the sun’s output, appears plausible, and certainly consistent with the current-and-rapid (~2 year) cooling cycle of the global atmosphere, despite record and rising CO₂ ’emissions’.
https://www.drroyspencer.com/latest-global-temperatures/

Just don’t mention “the sun” – one might just as easily be cancelled, or labelled a “climate denier” … all under the guise of ‘science’ and scientific discovery, of course. 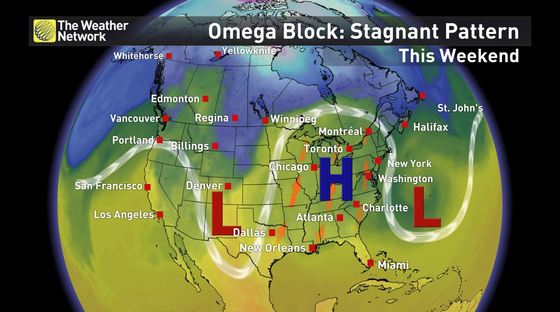 Of course they could have been. The question is, were they? Assigning weather events to ‘global warming’ is ambiguous without a full definition of what the assigner means by that term. Jet stream blocking events discussed below are well-known to meteorologists, and constantly claiming them as evidence of a new human-caused problem with the climate is a stretch, to say the least.
– – –
The recent record-shattering heat wave in the Pacific northwest and devastating floods in western Europe have both been ascribed to global warming by many climate scientists, says Science Under Attack.

But an alternative explanation, voiced by some climatologists yet ignored by the mainstream media, is that the disasters were caused by the phenomenon of jet-stream blocking – which may or may not be a result of global warming, and could instead arise from a weakening of the sun’s output.

“Without any evidence, when flooding occurs today, climate alarmists point their collective fingers at the trivial emissions of anthropogenic carbon dioxide.

The German spa town of Bad Schandau is sited in a valley on the banks of the river Elbe. Not surprisingly, the town has been flooded many times, as the town’s collection of flood markers show…”

IF the corrupt mainstream media dared educate and expose their audience to historical weather-related ‘disasters’, as scientifically laid out in this elegant post by Dr John Happs, the legitimacy of their “climate crisis” and “climate emergency” proclamations, along with their ongoing politically-motivated ‘climate change’ agenda would be severely compromised, if not terminated in totality.

For this precise reason, the elite-media-cabal wilfully continue their anti-human, anti-science endeavour of bias-by-omission… If it never happened in the past, then current (media-hyped) weather ‘extremes’ must be “unprecedented”, caused, obviously, by the sins and excesses of ‘evil’ mankind.

People have always been drawn to the coast and rivers because of their scenic locations. In earlier times there were clear advantages from riverside and coastal living since they provided easier trade and communication with other parts of the country and overseas. Around the world, building on the fertile soils of riverside floodplains has been widespread and still continues even though we know that floodplains are plains that will always flood. 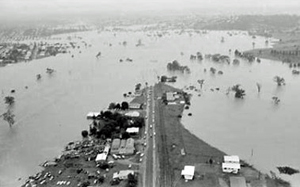 Climate change received little or no mention by the media or politicians during the inundation of Queensland floodplains in 1974:

After this event, houses were rebuilt only to suffer later flooding. There were floodplain inundations in Queensland during 2011, 2012, 2013, 2018, 2019 and 2020. The more recent floods were met, not with expressions of regret for allowing building to continue in these areas, but with the anticipated cries of “global…