“The pity is that Alarmist media cannot seem to educate the public, and doesn’t do a little reading-up on the subject, but rather seems determined to horrify. Horror is not helpful, unless your intent is to herd people with a sort of bullying. To paraphrase FDR, in truth we have nothing to be horrified about but horror itself.”

A truly glorious read on the wonders of the Arctic wilderness and its wildlife, to the not so wondrous world of the politicisation of climate ‘science’…

One thing that has fascinated me, in my study of sea-ice, is how swiftly vast areas can freeze over. This is apparent from many sources.

The captains of whaling ships, tempted north by whale’s habit of hunting in the rich ecosystem that exists at the very edge of the ice, sometimes appear like cowards for turning tail and fleeing the refreeze far before the whales chose to depart. (You might think whales would know best when to depart, for they suffocate when trapped under ice). However this choice does not seem so foolish once you understand larger whales could break up through a foot of ice, (with smaller beluga whales following and using the air-holes big whales created), while, without a strong following wind, a sailing craft could be bogged down and halted by a skim of ice only an inch thick. And despite all precautions, the ice formed so…

After viewing Gore’s most recent movie, An Inconvenient Sequel: Truth to Power, and after reading the book version of the movie, I was more than a little astounded. The new movie and book are chock-full of bad science, bad policy, and factual errors. 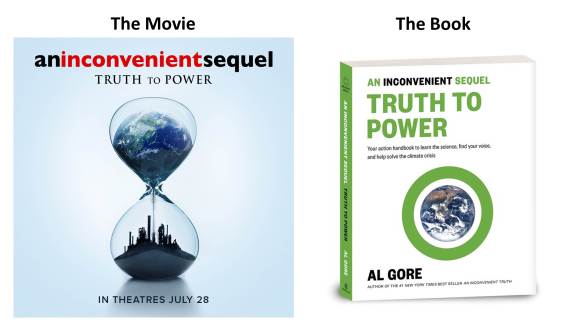 So, I was inspired to do something about it. I’d like to announce my new e-book, entitled An Inconvenient Deception: How Al Gore Distorts Climate Science and Energy Policy, now available on Amazon.com.

After reviewing some of Gore’s history in the environmental movement, I go through the movie, point by point.

One of Gore’s favorite tactics is to show something that happens naturally, then claim (or have you infer) that it is due to humanity’s greenhouse gas emissions. As I discuss in the book, this is what he did in his first movie (An Inconvenient Truth), too.

That flooding is mostly a combination of (1) natural sea level rise (I show there has been no acceleration of sea level rise beyond what was already happening since the 1800s), and (2) satellite-measured sinking of the reclaimed swamps that have been built upon for over 100 years in Miami Beach.

In other words, Miami Beach was going to have to deal with the increasing flooding from their “king tides”, with or without carbon dioxide emissions.

Gore is also shown jumping across meltwater streams on the Greenland ice sheet. No mention is made that this happens naturally every year. Sure, 2012 was exceptional for its warmth and snow melt (which he mentioned), but then 2017 came along and did just the opposite with record snow accumulation, little melt, and the coldest temperature ever recorded in the Northern Hemisphere for a July.

The fact that receding glaciers in Alaska are revealing stumps from ancient forests that grew 1,000 to 2,000 years ago proves that climate varies naturally, and glaciers advance and recede without any help from humans.

So, why is your SUV suddenly being blamed when it happens today?

Some of what Gore claims is just outright false. He says that wheat and corn yields in China are down by 5% in recent decades. Wrong. They have been steadily climbing, just like almost everywhere else in the world. Here’s the situation for all grain crops in China: 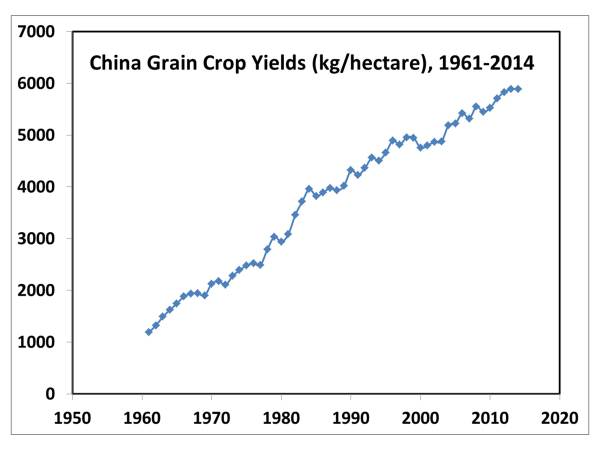 And that lack of rainfall in Syria that supposedly caused conflict and war? It didn’t happen. Poor farmers could no longer afford diesel fuel to pump groundwater because Assad tripled the price. Semi-arid Syria is no place to grow enough crops for a rapidly growing population, anyway.

I also address Gore’s views on alternative energy, mainly wind and solar. It is obvious that Gore does not consider government subsidies when he talks about the “cost” of renewable energy sometimes being cheaper than fossil fuels. Apparently, he hasn’t heard that the citizens pay the taxes that then support the alternative energy industries which Gore, Elon Musk and others financially benefit from. If and when renewable energy become cost-competitive, it won’t need politicians and pundits like Mr. Gore campaigning for it.

To counter what is in movie theaters now, I had to whip up this book in only 2 weeks, and I didn’t have a marching army of well-funded people like Gore has had. (Too bad he didn’t have someone doing fact-checking.) Despite my disadvantage, I think I present a powerful case that most of what he presents is, at the very least, very deceptive.

The new global warming speedometer shows in a single telling graph just how badly the model-based predictions made by the Intergovernmental Panel on Climate Change have over-predicted global warming. 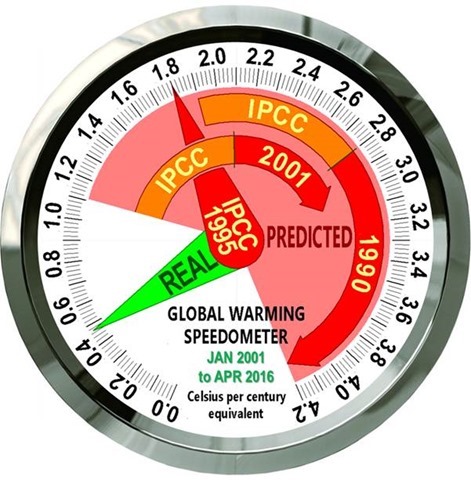 The speedometer for the 15 years 4 months January 2001 to April 2016 shows the [1.1, 4.2] C°/century-equivalent interval of global warming rates (red/orange) that IPCC’s 1990, 1995 and 2001 reports predicted should be occurring by now, compared with real-world, observed warming (green) equivalent to less than 0.5 C°/century over the period.

RSS and UAH monthly near-global satellite lower-troposphere temperature anomaly values for each month from January 2001 to April 2016 were assumed to be broadly accurate and were averaged. The least-squares linear-regression trend on their mean was determined and found equivalent to 0.47 C°/century.

Three Years Left Until “A Catastrophe Of Our Own Making.”

“Humanity is sitting on a time bomb. If the vast majority of the
world’s scientists are right, we have just ten years to avert a
major catastrophe that could send our entire planet’s climate system
into a tail-spin of epic destruction involving extreme weather, floods,
droughts, epidemics and killer heat waves beyond anything we have
ever experienced – a catastrophe of our own making.”
– Al Gore (2006)
An Inconvenient Truth

ACCORDING to Al Gore we have just three years left “to avert a major catastrophe that could send our entire planet’s climate system into a tail-spin of epic destruction involving extreme weather, floods, droughts, epidemics and killer heat waves beyond anything we have ever experienced – a catastrophe of our own making.”

Since those words of wisdom in 2006, Al has been setting a fine example on how best to prevent thermageddon…

Tom Nelson’s  research shows what ManBearPig has been actively doing to help save us from “a catastrophe of our own making.”

Gore is a businessman these days —— sitting on the boards of Apple Computer Inc. and Current TV, the cable and satellite channel he started with investor Joel Hyatt —— “and those take him (to the Bay Area) pretty regularly for board meetings and the like,” said his spokeswoman, Kalee Kreider.

When he’s not in a fossil fuel-powered jet, maybe Gore is relaxing in one of these three homes:

A video of Gore taking a private jet is here.