PETA on Twitter: “Is your wool sweater killing the planet AND sheep AND koalas AND kangaroos?

“THE urge to save humanity is almost always a
false-front for the urge to rule it.”
– H.L. Mencken

ECO-extremist org @PETA, cloaked as an “animal rights organisation”, has jumped on the climate-ambulance-chasing bandwagon, linking Australia’s devastating bushfires to the wool industry.

Is your wool sweater killing the planet AND sheep AND koalas AND kangaroos? 🔥

Australia’s massive wool farming industry is directly contributing to climate change, causing massive fires on the continent. One sheep can produce up to 30L of methane in one day. #WearVegan pic.twitter.com/zcUePM30xP

SICK and twisted, to say the least, when you consider that the bushfire body count is still rising after police, Thursday, found an unidentified body in Moruya, the day after three American firefighters were killed in a water-bombing plane crash.

AS an opportunistic activist org, PETA unashamedly uses disaster-porn to promote themselves in the aim of attracting clickbait, followers, members and ultimately … money, aka power. 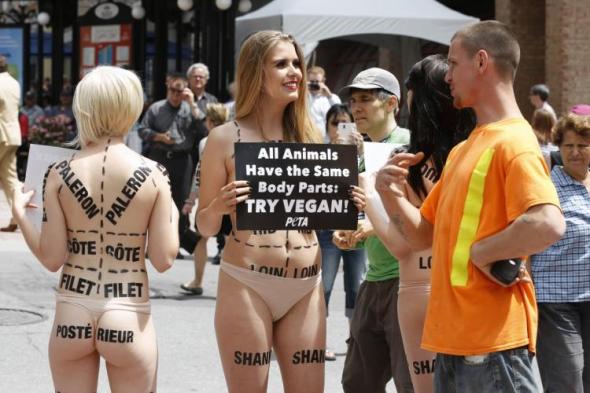 PASTING blame on Australia’s hard-working farming families who ‘work’ to produce some of the finest Marino wool and produce in the world, including new proteins that are being used to create new wound dressings, bone graft implants and medical sutures, is not only lazy (as we avoid reasoned and logical discussion into the real causes of Australia’s seasonal and often catastrophic bushfires) but has far more sinister undertones that threaten the very existence of Western civilisation.

OF course, PETA isn’t using ClimateChange™️ in an effort destroy hard-working farming families in order to corral them into “Sustainable” cities and lock up their land. That would be a “Right Wing Nut Job (RWNJ) conspiracy theory”, right?

SARCASM aside, this is precisely the plan for farmers and private land owners in accordance with draconian U.N. dictates, of which seasoned ClimateChange™️ catastrophists and maniacal Malthusians dutifully abide by.

DON’T take it from here, take it directly from the U.N’s own documented history advancing their “Sustainable development” aka “Agenda 21“, globalist goals.

“LAND … cannot be treated as an ordinary asset, controlled by
individuals and subject to the pressures and inefficiencies of the market.
Private land ownership is also a principle instrument
of accumulation and concentration of wealth,
therefore contributes to social injustice.”
– U.N. Habitat I Conference 1976

WHAT IS SUSTAINABLE DEVELOPMENT ?

ACCORDING to its authors, the objective of sustainable development is to integrate economic, social and environmental policies in order to achieve reduced consumption, social equity, and the preservation and restoration of biodiversity. Sustainablists insist that every societal decision be based on environmental impact, focusing on three components; global land use, global education, and global population control and reduction.  Social Equity (Social Justice) Social justice is described as the right and opportunity of all people “to benefit equally from the resources afforded us by society and the environment.” Redistribution of wealth. Private property is a social injustice since not everyone can build wealth from it. National sovereignty is a social injustice. Universal health care is a social justice. All part of Agenda 21 policy.

“In a nutshell, the plan calls for governments to take control of all land use and not leave any of the decision making in the hands of private property owners. It is assumed that people are not good stewards of their land and the government will do a better job if they are in control. Individual rights in general are to give way to the needs of communities as determined by the governing body. Moreover, people should be rounded up off the land and packed into human settlements, or islands of human habitation, close to employment centres and transportation.

THE creator, fabricator and proponent of global warming and founder of UNEP, Maurice Strong, made this profound statement on the U.N.’s ‘sustainability’ goals at the U.N’s 1992 RIO+20 Earth Summit :

NO meat, no AC and no white picket fence. This is the new-world-order, designed by unelected, U.N. eco-bureaucrats, destined for you and I – the great unwashed.

“ISN’T the only hope for the planet that the
industrialized civilizations collapse?
Isn’t it our responsibility to bring that about?”
– Maurice Strong, founder of UNEP

TWENTY EIGHT years later, the exact same message is being peddled by a 17 year-old child prophet :

“The climate crisis is not just about the environment. It is a crisis of human rights, of justice, and of political will. Colonial, racist, and patriarchal systems of oppression have created and fueled it. We need to dismantle them all.”
– Greta Thunberg

SO, what’s the planned alternative to your ‘socially unjust’, privately owned suburban home and/or farm?

ACCORDING to the misanthropic views of the Club of Rome, premier environmental consultants to the United Nations …

“The Earth has cancer
and the cancer is Man.”
– Club of Rome

HOW to deal with this “cancer” ?

United Nations Human Settlements Programme (UN-Habitat) promotes socially and environmentally sustainable towns and cities. It is the focal point for all urbanization and human settlement matters within the UN system. UN-Habitat envisions well-planned, well-governed, and efficient cities and other human settlements, with adequate housing, infrastructure, and universal access to employment and basic services such as water, energy, and sanitation.

UN-Habitat mainstreams human rights into all aspects of its operational and normative work. This includes cooperating with the High Commissioner for Human Rights to promote implementation of international conventions at national, regional and municipal levels
UN-Habitat’s concept of sustainable urban development includes the rule of law and the protection of vulnerable groups as central elements. The Programme’s legislative work focuses on the quality of law, in particular its effectiveness in delivering policy and its accountability and includes:

FROM a quick glance of the feel-good phrases and statements within the “Human Settlements” programme, one would be excused for speculating that the implied utopia was more akin to residing in a caged, quasi-police state. With your every move, gesture and thought monitored twenty-four-seven-three-six-five. And, as Winston found out in Orwell’s 1984, there is no escape from Big Brother.

“Participating in a UN advocated planning process would very likely bring out many of the conspiracy- fixated groups and individuals in our society… This segment of our society who fear ‘one-world government’ and a UN invasion of the United States through which our individual freedom would be stripped away would actively work to defeat any elected official who joined ‘the conspiracy’ by undertaking LA21. So we call our process something else, such as comprehensive planning, growth management or smart growth.”

EVERYTHING associated with Agenda 21 aka Sustainable Development is deceptive. The language they use, the names they give the projects, the means by which they lure local governments (under the ICLEI program) into the trap and then slam the door – absolutely everything is deceptive from beginning to end. The reason is obvious once you understand what they have in mind …

AGENDA 21 THE GOAL, CLIMATE THE COVER

THE evidence is all around us if we choose to see it. Most people know it on some level but they choose not to see it because it would turn their worlds inside out to acknowledge that everything we thought was true about  Climate Change – is a lie.

“Men occasionally stumble on the truth,
but most of them pick themselves up and hurry off
as if nothing had happened.”
– Winston Churchill