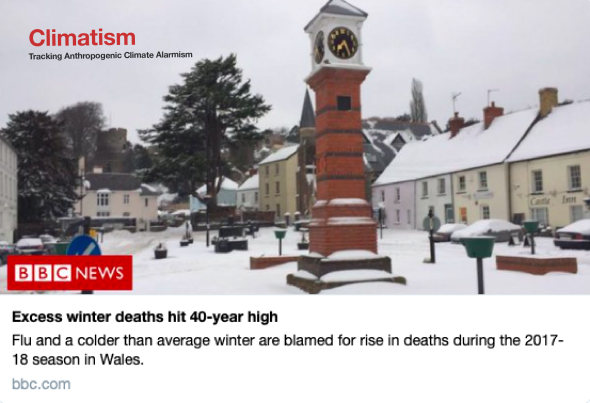 Public health experts said adverse weather and influenza were to blame for the increase, hitting older people in particular.

Experts said it was the highest number of excess deaths since the winter of 1975.

But officials said spikes in winter deaths were not uncommon – with eight peaks over the past 40 years.

Across England and Wales, there were 50,100 excess deaths last winter.

However, this is half the number of excess deaths recorded in the winter of 1950 – when there were 106,400 extra winter deaths.

ACCORDING to Harrabin, via website Carbon Brief, UK energy consumers are using 25% less electricity, now, than they were in 2015. 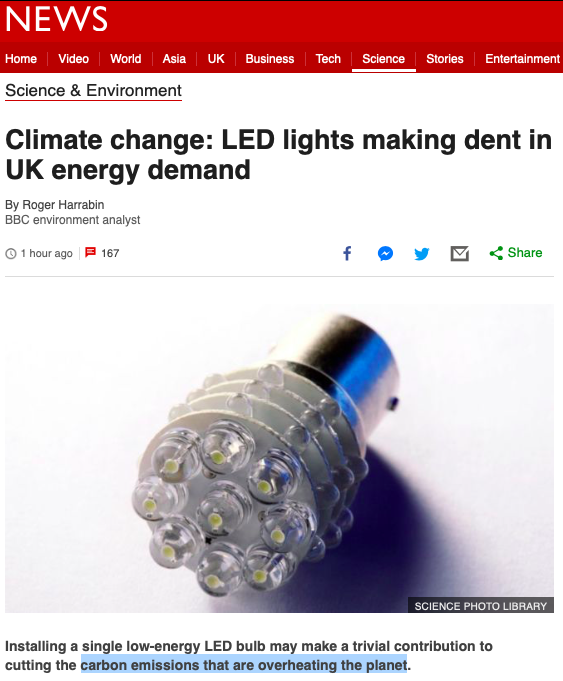 ONE wonders if Harrabin thrives in the virtues of energy rationing without feeling bothered to mention the obvious negative effects of draconian climate change policies and symbolic gestures that fuel energy poverty, leading to a dramatic increase in winter-related deaths.

PERHAPS it’s because Harrabin can afford ‘green’ luxuries, unlike many of the silent majority, or the 1.3 billion people without any electricity at all.