“When will common sense and good science prevail,
and what happens if does not do so fairly soon?”
– Prince Philip, Duke of Edinburgh.

“You see gigantic wind turbines appearing all over the country,
but there is very little about the practical value of these monstrosities.”
– Prince Philip, Duke of Edinburgh.

THE great Rowan Dean of Sky News “Outsiders” fame, details an extraordinary letter sent from Prince Philip, the Duke of Edinburgh, to author and geologist Ian Plimer back in 2018.

Prince Philip was a climate change sceptic. In correspondence to Spectator Australia contributor and author Ian Plimer back in 2018, the Duke of Edinburgh not only compliments Professor Plimer on his most recent book, The Climate Change Delusion, but also praises his previous book ‘Heaven and Earth’, which similarly questioned the ‘missing science’ behind the global warming scam.

Furthermore, in the letter which Ian has kindly provided to The Spectator Australia, the late Prince — who was never one to mince his words — described the wind turbines now blotting the landscapes globally as ‘monstrosities’.

Here is the letter from Windsor castle, dated 29 April 2018:

What a great question. As we can see, Prince Philip, a Patron of the Royal Geographical Society admired the work and writing of geologist Ian Plimer. In fact, the Prince attempted to invite Professor Plimer to London to address the Royal Society of Artists (RSA) on the topic of climate change. That invitation was later rescinded by the mandarins at the Palace, as was documented by James Delingpole in the UK Telegraph at the time. As Delingpole wrote:

I am afraid I am writing to you with some disappointing news regarding the Prince Philip Annual Lecture on 5 May.

As you well know, the debate around climate change has recently become highly politically charged, both globally and especially in your home country.  Equally, as I am sure you are aware, members of the Royal Family need to be scrupulous in avoiding any appearance of advocating or supporting a particular political stance.  The RSA’s charitable status also requires us to maintain absolute political independence in our programme of events and research events.

After discussion with Buckingham Palace, it is therefore with great regret that we must withdraw your invitation to give this year’s PrincePhilip Lecture.   The Duke of Edinburgh is personally disappointed as he read your book with great interest and was looking forward to hearing you speak, but I know that you will recognise that the now highly controversial debate surrounding this issue would make it inevitable that he was seen to be taking a particular position.

What is extraordinary about that letter is that as well as confirming the Prince’s admiration for the Professor, it points out that the Royal Family should have nothing to do with the politics of climate change. Yet today, a decade on, both future monarchs Prince Charles and Prince William, the former in particular in advocating the Great Reset and embracing Greta Thunberg, and the latter in his fondness for Sir David Attenborough, are in climate politics up to their eyeballs.

Prince Philip, now that he’s finally in his grave, will surely spend a great deal of the years ahead spinning in it.

KILLING THE EARTH TO ‘SAVE’ IT : Rainforest Trees Cut Down To Make Way For Industrial Wind Turbines 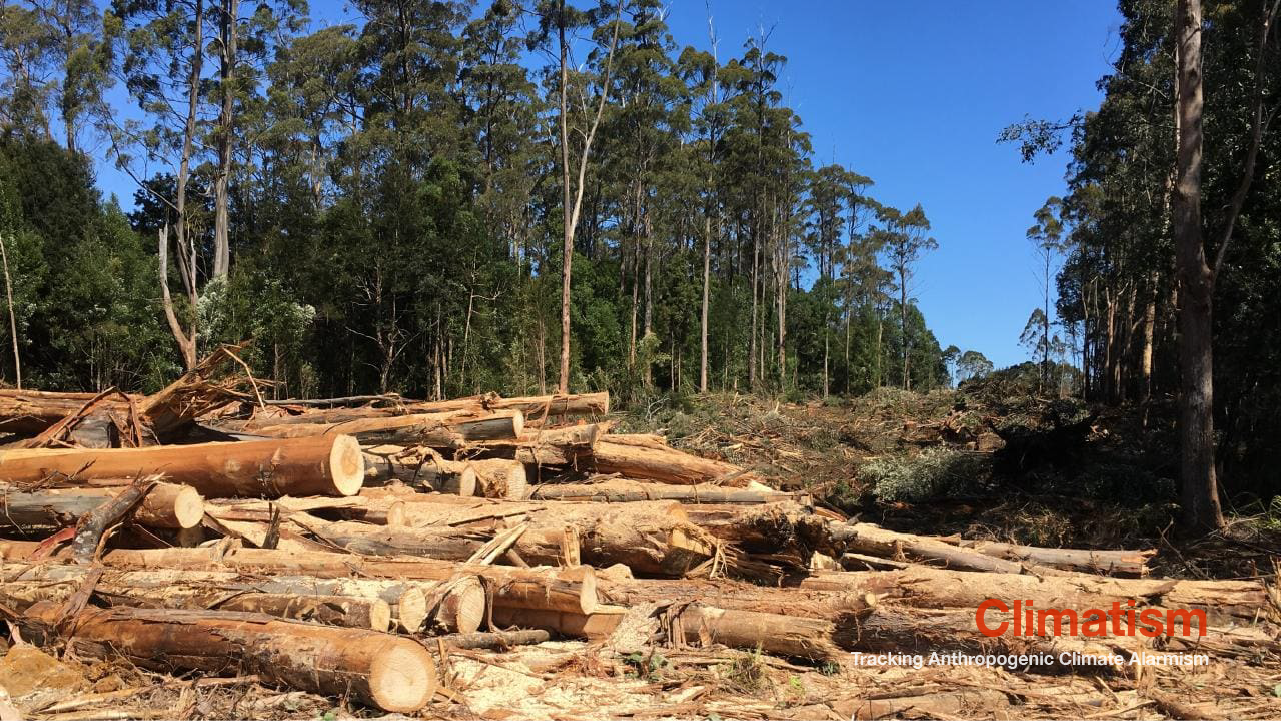 “IF this had have been a transmission line connecting a coal power station,
these far left brainwashed climate change believing nutters,
would have been there in their thousands.”
– John Clarkson

IN the good old days of ‘Greenism’, genuine environmentalists rallied against the wanton destruction of pristine flora and fauna.

IN the twisted age of  Climate Change hysteria, real environmentalists are failing us in the face of a global religion that has allowed the development of supposed ‘planet-saving’ ‘renewables‘ that wilfully destroy forests, animals and pristine environments.

IN the latest example of ‘Green’ eco-hypocrisy, 200 year-old rainforest trees have been cleared to make way for wind ‘farm’ transmission lines in Tasmania’s Tarkine.

THE obvious question is a simple one: Where are the @Greens or @Greenpeace or @GretaThunberg when pristine landscapes and old-growth rainforests are being destroyed to satisfy the whims and superstitions of  Climate Change catastrophists and EU elites?

Myrtle and sassafras trees were among those felled along a 10.5km corridor widened for transmission lines associated with the $280 million, 112 megawatt wind farm at Granville Harbour, in Tasmania’s remote northwest.

He estimated that some of the felled trees, highly valued in specialty timber production, were 200 years old, given they typically grow at 0.3cm a year and were 60cm in diameter.

With more wind farms planned for Tasmania, including another in the northwest requiring a 170km transmission line, he believed any further clearing, if it must occur, should be co-ordinated to ensure timber was not wasted. “With much of the special timbers in short supply … there could have been a more co-ordinated effort in utilising it to make sure that timber was going to a sawmiller in a timely manner so it could be processed and not wasted,” said Mr Denman, a boatbuilder.

While not critical of the wind farm proponent, whom he did not doubt had complied with regulatory requirements, he understood clearing for electricity infrastructure was exempt from the Forest Practices Code, which seeks to mitigate impacts on keys species.

He believed it was hypocritical of the Greens to oppose “sustainable” harvesting of rainforest timbers while backing the Granville Harbour wind farm and, by implication, associated logging of such trees. “An old-growth tree is an old-growth tree,” Mr Denman said. “Why is it acceptable to cut it down for a transmission line but not acceptable to cut it down sustainably and regenerate that area and put it to good use?”

A Greens spokeswoman said while the party was a “strong supporter of renewable energy”, it “consistently opposed logging or clearing within reserves”.

The wind farm’s website says the transmission line, providing power to the grid at the Reece Dam, was being handled by state-owned TasNetworks.

A spokeswoman for project developer Granville Harbour Operations said it required all works to comply with approvals. “These impose clear procedures and requirements on us and our contractors to mitigate and manage environmental impacts, including impacts to native vegetation,” she said.

TasNetworks said its widening of an existing transmission corridor was “considered optimal”. “It reduced the extent of clearing required to connect the wind farm to the electricity distribution network,” a spokesman said. 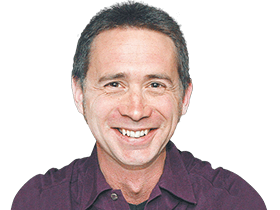 TASMANIA CORRESPONDENT
Matthew Denholm is a multi-award winning journalist with 25 years’ experience. For the past decade, he has been Tasmania correspondent for The Australian, and has previously worked for a variety of newspaper an… Read more