“WHERE are they this year?
This year has been possibly the quietest tornado season in recorded history. Kansas and Oklahoma would expect to see close to 19 tornadoes between the start of the year and now, with around 13 or 14 in April alone.

But this April, there hasn’t been one!”

Location of tornado alley and related weather systems [credit: Dan Craggs @ Wikipedia]
‘Extreme weather’ doomsayers must be scratching their heads over this. Nothing to see here – move along.

In a twist that would ruin the storyline to the Wizard of Oz, the USA’s ‘Tornado Alley’ has been strangely quiet this year, says BBC Weather.

In fact, if there are none reported in Oklahoma or Kansas on Thursday, 2018 will officially be the quietest start to the tornado season in both states …on record!

ANTARCTICA : It’s Time We Had That Talk

The Ross Ice Shelf is Freezing, Not Melting. Which Is Weird | Popular Mechanics

IT’S time for ‘that talk’. You know, the one we’ve been putting off because it’s ‘inconvenient’. That end-of-life conversation…

YEP! Antarctica, the ‘inconvenient’ pole, the naughty child, has been gaining ice mass and cooling for decades, despite a 20 per cent increase in atmospheric CO2, and model predictions to the contrary.

Why is Antarctic sea ice at record levels despite global warming? | Environment | The Guardian

END_OF_DOCUMENT_TOKEN_TO_BE_REPLACED

DOE: If it weren’t for coal-fired electricity plants, the Northeast would have blacked-out during recent bomb-cyclone

“New England was so desperate for natural gas to keep the heat on it took two shipments containing liquefied natural gas from Russia.”

From the “when the going gets tough, renewables can’t cut it” department. Wind power generation actually dropped 5% during this period

The National Oceanic and Atmospheric Administration GOES-16 satellite caught a dramatic view of the bomb cyclone moving up the East Coast on Jan. 4, 2017. NOAA Photo

From the Daily Caller: Coal-fired power plants kept the lights on for millions of Americans during January’s bomb cyclone, according to an Energy Department report warning future plant retirements could imperil grid security.

Energy analysts at DOE’s National Energy Technology Laboratory found that coal power kept the lights on for millions of Americans during the bomb cyclone that pummeled the eastern U.S. from late December to early January.

NETL analysts found that coal plants made up most of the incremental power utilities relied on to keep electricity flowing during the cold snap. Nuclear and oil power plants played a big role, NETL…

END_OF_DOCUMENT_TOKEN_TO_BE_REPLACED

EXCELLENT piece by our friend and environmental scientist Vijay Jayaraj on the recent mass hysteria over the supposed “hottest day evah” in the Arctic.

Vijay’s piece, featured in Town Hall, demonstrates how the Climate Crisis Industry will latch on to any daily (hot) weather event in order to push their CAGW agenda yelling “GLOBAL WARMING” without any consideration for historical reference or indeed common sense…

This week, social media and mainstream media were abuzz with news about the record Arctic heat and how we humans are destroying our planet through climate change.

While we brace for a barrage of climate doomsday news, here is the actual reality of climatic conditions at the Arctic and reasons why we are not in imminent danger.

On 26 February, temperatures in some regions of the Arctic hovered around the freezing point (zero degree Celsius)—a record high for this time of year in the satellite era temperature readings (which began in the late 1970s).

But the current rise in Arctic temperature is due not to changes in global average temperature but to changes in regional weather patterns. Changes in the weather system across the Scandinavian region are pushing very warm, moisture-laden Atlantic air into the Arctic and very cold Arctic air into Northern Eurasia, leading much of Europe into a deep freeze this week.

The same has been prevalent over North America this week, resulting in a colder than normal winter in some parts while temperatures soar towards the east coast.

To understand the sudden peak in arctic temperatures, it is critical to analyze two key elements associated with the Arctic climate: 1. past temperature trends, and 2. the historic variations of the sea ice cover in the Arctic.

Temperature records for the Arctic reveal that the current rise in temperature is not unusual.

The weighted Arctic (70–90oN) monthly surface air temperature anomalies (from HadCRUT4) show that average surface temperatures in the Arctic have not increased significantly since the 1930s.

Long-term (1880–2018) Arctic surface annual air temperature series from Nuuk, Greenland, show that the high temperatures in the recent years are not significantly higher than the previous 14 decades.

Climate alarmists argue that these high temperatures lead to extreme reduction in sea ice levels and upset the eco-system of the planet.

However, sea ice variations reveal a similar pattern to that of temperature—there has been no extreme reduction of sea ice in recent decades.

The latest studies on Arctic sea ice indicate that sea ice cover during the 20th century did not depart significantly from the record sea ice levels during the Little Ice Age (1600–1700 AD).

If one were to consider longer temperature data series, such as the entire Holocene (the warm climatic era that constitutes the last 11,700 years approximately), we have no reason to panic about sea ice cover.

Sea ice cover in the 20th century was at its highest ever (excluding the Little Ice Age of 16thcentury) in the last 11,000 years.

Solar activity, and not carbon dioxide, was found to be the main reason for changes in the historical sea ice variations.

The current sea ice loss is not extraordinary by any means, and the Arctic ecosystem survived through much lower ice cover extent in the past 2000 years.

Lying about sea ice and temperatures is not new for the climate alarmists, and their hypocrisy will surely reach new heights this spring.

MEANWHILE, as the climate mafia bloviates inside their WEATHER = CLIMATE bubble, the other conveniently forgotten pole, Antarctica, continues its long 40 year+ cooling trend, gaining ice mass despite record and rising CO2 levels and claims of “The Hottest Years Evah“…

“The role of the lowest solar cycle for at least a century is mostly ignored by believers in man-made global warming. There are signs of climate change, but not necessarily the kind they expect.” – Rog Tallbloke

IF this mass die-off of sea-creatures happened due to a heatwave, the misanthropic Guardian and climate activists the world over would be blaming evil  personkind and calling for immdediate “climate action”.

END_OF_DOCUMENT_TOKEN_TO_BE_REPLACED 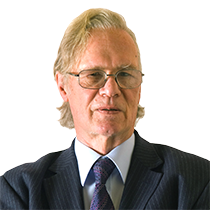 PEOPLE in the Netherlands have been making the most of the freezing weather by ice skating over the country’s famous and now frozen canals.

This week’s ‘Beast From The East’ winter storm caused some of the canals in Amsterdam to freeze over for the first time in six years.

END_OF_DOCUMENT_TOKEN_TO_BE_REPLACED

6 To 8 Feet Of Snow Forecast For California Mountains

The latest weather model projections show significant amount of snow over the next 72 hours. This will certainly help California’s drought situation. However it’s going to completely cripple road travel over I80, Highway 50 299 32 and possibly Highway 70. The majority of snow is expected on Thursday night, and low snow levels down to 1000 feet are possible by Friday night.

In addition, gusty winds will give blizzard like conditions in the mountains, along with high winds in the Delta and foothills of the Sierra Nevada

In addition, significant amounts of rain will fall. Some low lying areas may see some flooding.

FROM the department of “Human-induced Global Warming represents a National Security Threat” caused by errr…too much Ice!

A brand-new U.S. Navy warship has not moved from Montreal since Christmas Eve and will spend the winter stuck in Canada due to cold and ice.

The USS Little Rock – unveiled in a ceremony on Dec. 16 in Buffalo, New York and attended by nearly 9,000 people – has not moved far since due to adverse weather conditions that kept the warship trapped at bay in Canada, the Toronto Star reported.

The warship known as a Littoral Combat Ship (LCS) cost $440 million to build and stretches 387 feet in length and weighs 15 tons more than the Statue of Liberty. It is capable of traveling more than 46 miles per hour.

Such combat ships are described as agile and designed for rapid…