GREEN Energy – Killing The Earth To Save It 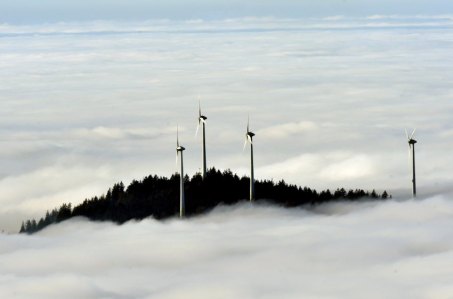 More than 700 citizens’ initiatives have been founded in Germany to campaign against what they describe as “forests of masts”, “visual emissions” and the “widespread devastation of our highland summits.” | Spiegel

EARLIER today I posted a report, via WUWT, on Al Gore’s failed “save the planet” legacy – the deforestation of pristine Sumatran rainforest, linked to palm oil production, that is making Indonesia warmer by up to 10°C !

ADD to that the senseless destruction of ‘carbon-sequestering’ trees, with the enormous loss of pristine rainforest threatening endangered animal species like the majestic Sumatran elephant…

ACROSS the other side of the world, in Germany, Armageddon-Al’s other “save the planet” eco-fantasy – industrial wind turbines – are causing just as devastating a blow to Europe’s once uncorrupted countryside…

WHILE watching this video produced by Deutsche Wildtier Stiftung (German Wild Animal Foundation), that is being shown in 50 cinemas across Germany today, ask yourself one simple question:

H/t to Michael Miersch for the video link and translation! @MMiersch

Mutiny in the Land of Wind Turbines | Spiegel Online