A timely article from Booker today, which picks up on two of my recent posts:

I must apologise for having last week mistakenly reported that, despite the drive of the US in the Obama years to build ever more heavily subsidised wind and solar farms, the entire contribution of wind and solar to US electricity consumption is still only “less than 14 percent”.

Foolishly, I cited that figure only after a quick internet trawl. where it is quoted on various websites, including Wikipedia. Only when I subsequently referred to a more reliable source did I find that the figure was in fact absurdly exaggerated. All the US was actually getting last year for all the billions of dollars it has spent on wind and solar farms was just 5.4 percent of its electricity. Most of the rest of course came from those CO2-emitting…

“Isn’t the only hope for the planet that the
industrialized civilizations collapse?
Isn’t it our responsibility to bring that about?”
– Maurice Strong,
founder of the UN Environment Programme (UNEP)

Following a disastrous Obamacare roll-out, President Obama has made a political switch back to the climate agenda, exercising his right to use executive orders to allow the (unelected) EPA to begin the de-industrialisation process of America.

Executive Director of CFACT, Craig Rucker, is bemused as to exactly *what science* the President is basing his draconian attack on energy, and the people of America, on …

On Friday President Obama issued an executive order to millions of government employees to insert his global warming agenda into everything they do.

Ignoring the overwhelming evidence to the contrary, the President’s order said that, “the impacts of climate change — including an increase in prolonged periods of excessively high temperatures, more heavy downpours, an increase in wildfires, more severe droughts, permafrost thawing, ocean acidification and sea-level rise — are already affecting communities, natural resources, ecosystems, economies and public health across the nation.”

Already affecting?  Is President Obama unaware, or deliberately ignoring the fact that there has been no global warming during his entire time in office, in fact, none since the nineties, and very little before that?  Sea level is holding steady and we measure its fluctuations in millimeters.  Not only has there been nothing out of the ordinary about storm activity, we are nearing the end of what has so far been one of the gentlest hurricane seasons ever recorded.

Do the American people truly want federal bureaucrats telling them what they can build, where they must live and what they can and cannot buy all in the name of unproven global warming? 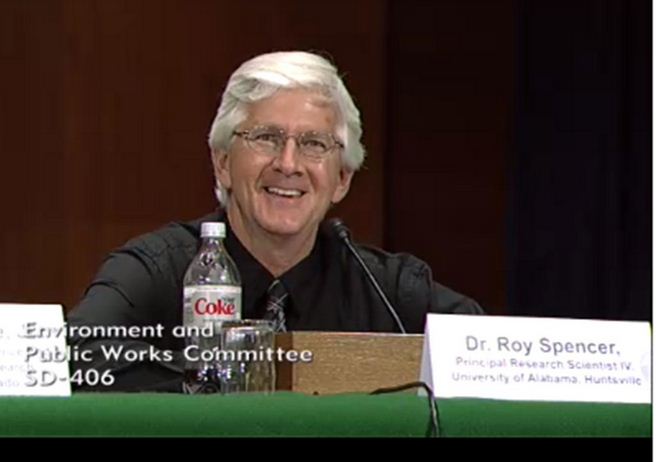 Dr. Roy Spencer is principal research scientist at the University of Alabama Huntsville and the recipient of NASA’s Exceptional Scientific Achievement Medal for his work with global temperature monitoring satellites.  He is a great friend of CFACT’s.  Dr. Spencer has put out one of his characteristically simple, yet authoritative graphical representations of world temperatures.  It shows 87 out of 90 of the climate computer models the UN and President Obama put so much faith in predicting a significantly warmer world than the one we actually live in.  Actual temperature observations run much cooler than the computer model do, disproving what the President told our government in his executive order.

I’ve posted a copy of Dr. Spencer’s graph below.  Please forward it to a friend and share it on Facebook.

President Obama is facing a crisis of confidence with the American people as they compare what he told them about Obamacare with what they actually have been forced to buy.  How long can President Obama continue to say one thing about global warming when our satellites and thermometers continue to prove the opposite?

For nature and people too, 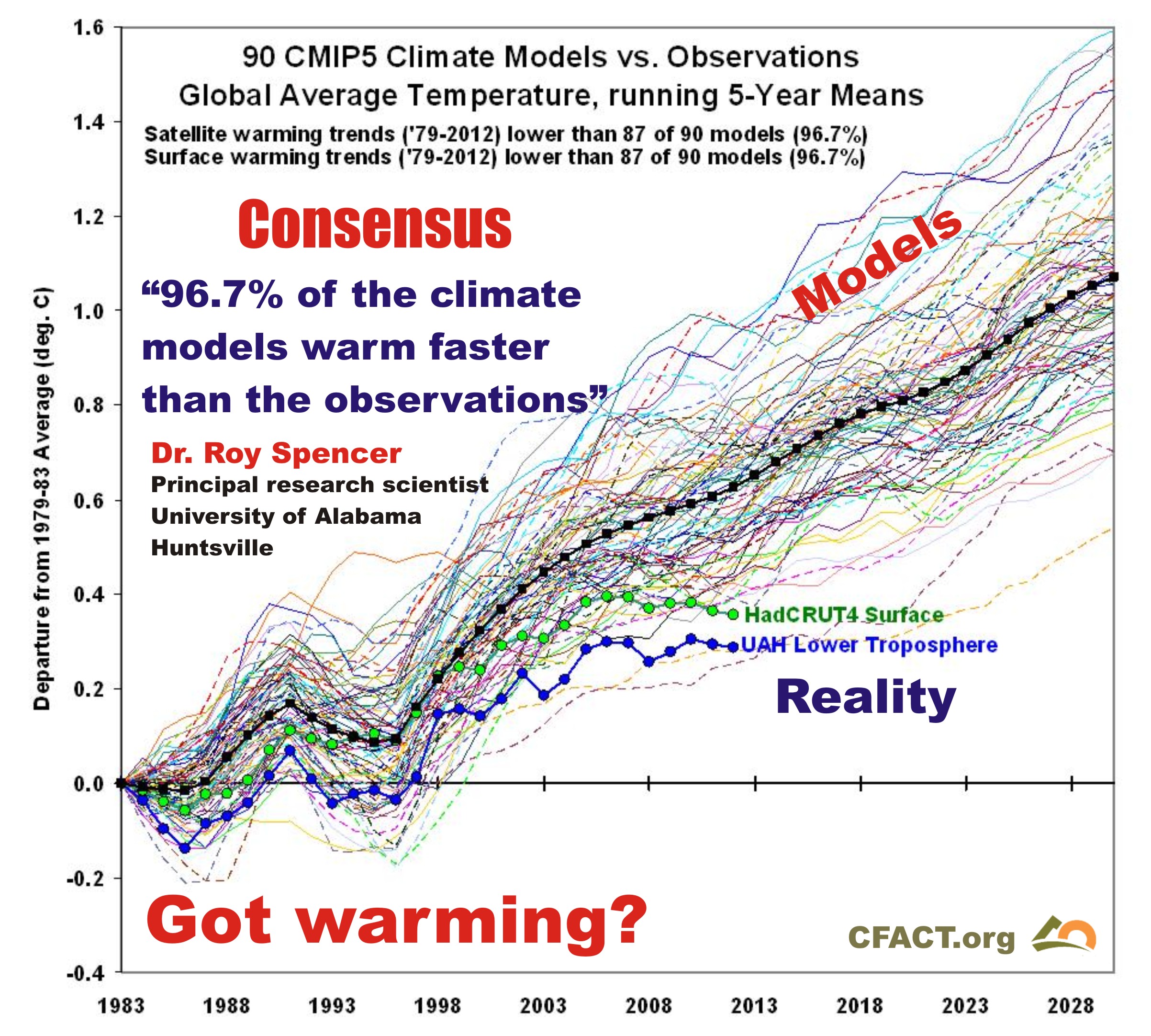 “The only hope for the world is to make sure there is not another United States. We can’t let other countries have the same number of cars, the amount of industrialization, we have in the US. We have to stop these Third World countries right where they are.” – Michael Oppenheimer, Environmental Defense Fund

The man is a bona-fide whack job.