Belief and “Denial” are the words of zealots, not scientists.

The fact that you have taken on the climate establishment and criticized their failed doomsday theories, with regards to their favourite catastrophe mascot – the cuddly polar bear – “with supporting evidence is precisely why these “leading researchers” feel so threatened and why the paper had to be written.”

It is not surprising that you are being targeted by serial smear merchants like Michael E Mann et al. How dare anyone question their religion and threaten its veracity with solid data and evidence?!

You’ve hurt them and their melting credibility even more with your excellent, objective, data-driven science. Well done Susan!

The truth really does hurt.

The polar bear experts who predicted tens of thousands of polar bearswould be dead by now (given the ice conditions since 2007) have found my well-documented criticisms of their failed prophesies have caused them to loose face and credibility with the public. 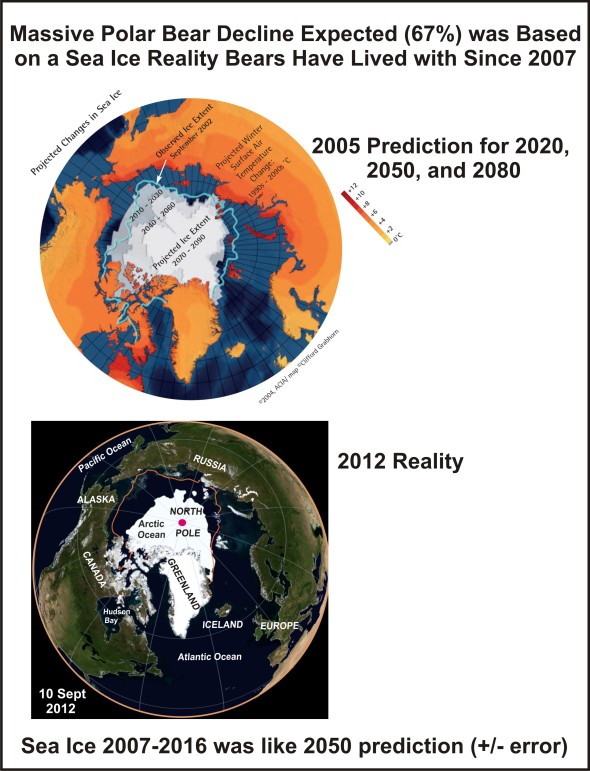 Although the gullible mediastill pretends to believe the doomsday stories offered by these researchers, the polar bear has fallen as a useful icon for those trying to sell a looming global warming catastrophe to the public.

Here’s what happened: I published my professional criticisms on the failed predictions of the polar bear conservation community in a professional online…

WORDS Of Wisdom To A Disciple Of The Church Of Climatology

TWITTER has become a hotbed of debate between staunch believers of catastrophic anthropogenic global warming (CAGW) and those sceptical of the supposed adverse impacts of mankind’s energy emissions on planet Earth.

THERE is little grey area or middle-ground in often heated debates, with the CAGW camp blaming the burning of fossil fuels, namely coal, not only for a >1 degree celsius warming of the atmosphere since 1850, but on literally anything and everything that moves, shifts, spins or tilts upon contact with colourless, odourless, tasteless, non-reactive, trace gas and plant food carbon dioxide!

HERE’S s a list of everything caused by climate change as of 2012:

ANY good scientist is a sceptic; if he or she is not, then he or she should not be a scientist. But yet the language of the global warming alarmist, is to accuse anyone who does not believe in man-made climate change as a “denier”, a heretic, a blasphemer. This is the language of religion, not science.

SCEPTICS do not ‘deny’ the existence “climate change” or “global warming”. The earth’s average temperature has been increasing and decreasing since the beginning of time. A climate sceptic is basically ‘sceptical’ of how much of the recent warming can be attributed to the burning of fossil fuels versus natural variation. And, in fact, any slight warming might actually be beneficial. After all, cold weather is twenty times more deadly than hot weather, according to a study published in the British journal The Lancet.

MOREOVER, sceptics acknowledge the remarkable benefits of the essential gas-of-life, carbon dioxide, that has become so politically demonised with a religious zeal rivalling the Spanish Inquisition.

GREENPEACE co-founder and prominent climate sceptic Patrick Moore PhD penned a must read treatise on the benefits of life-giving CO2, noting “This is probably the most important paper I will ever write.“ 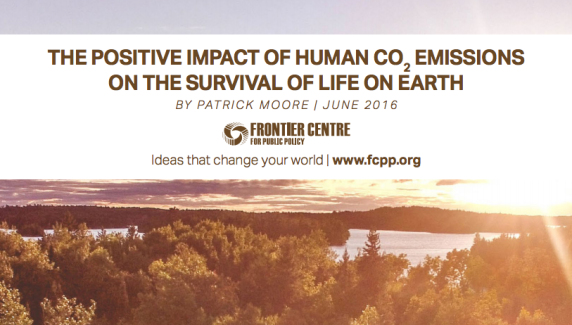 MOORE looks at the historical record of CO2 in our atmosphere and concludes that we came dangerously close to losing plant life on Earth about 18,000 years ago, when CO2 levels approached 150 ppm, below which plant life can’t sustain photosynthesis. He notes:

A 140 million year decline in CO2 to levels that came close to threatening the survival of life on Earth can hardly be described as “the balance of nature”.

NOW, with 400ppm in the atmosphere, the biosphere is once again booming as many recent studies confirm. He also points out how environmental groups and politicians are using the “crisis” of CO2 increase to drive their own draconian agendas.

“StormSignalSA” is a rancher and climate sceptic from the great land of South Africa. A recent tweet of his captured the attention of many for a wonderful response to a climate catastrophist who derided “Storm” for his stance on coal.

STORED solar energy that will continue to improve the lives of anyone exposed to it and lift millions more out of abject poverty, including the 1.3 Billion who still have no electricity, at all.

ALTERNATIVE energy sources, “unreliables“, are either too expensive, too difficult to access, or simply too inefficient to achieve any meaningful results for the most impoverished.

A huge energy source it is too. The same energy fuels this African in my efforts to stop the madness, the genocide even, whilst doing my bit to feed the 7 billion.
I once wrote this to a christian disciple of the church of climatology. pic.twitter.com/H0Yx5zP8JL

How little does it take to convince even the most credentialed alarmist that the climate is changing before their horrified eyes?


Michael Oppenheimer is the Albert G. Milbank Professor of Geosciences and International Affairs in the Woodrow Wilson School and the Department of Geosciences at Princeton University. He is the Director of the Program in Science, Technology and Environmental Policy (STEP) at the Woodrow Wilson School and Faculty Associate of the Atmospheric and Ocean Sciences Program, Princeton Environmental Institute, and the Princeton Institute for International and Regional Studies.

So this Oppenheimer is flying over the Arctic, his plane emitting the kind of gasses he deplores, when he glances out of his window and OH MY GOD!!!!!!!!!!:

Steve Goddard points out the obvious:

This is not a simple gotcha. It really does signify something important. How can a man so credentialed have so eagerly presented the normal as alarming?