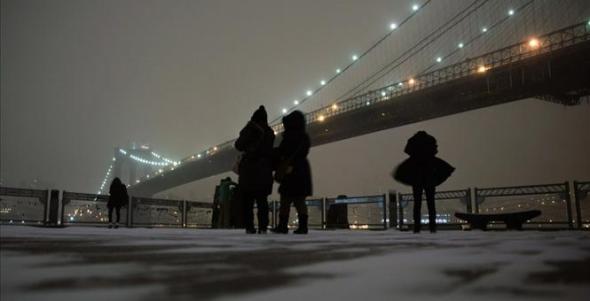 Climate Change Is “Not Debatable” …”I am not interested in debating what is not debatable,” – Obama’s Energy Secretary Ernest Moniz

“I don’t have much patience for people who deny climate change” – Obama.

“The prospect of cheap fusion energy is the
worst thing that could happen to the planet.”
– Jeremy Rifkin,
Greenhouse Crisis Foundation 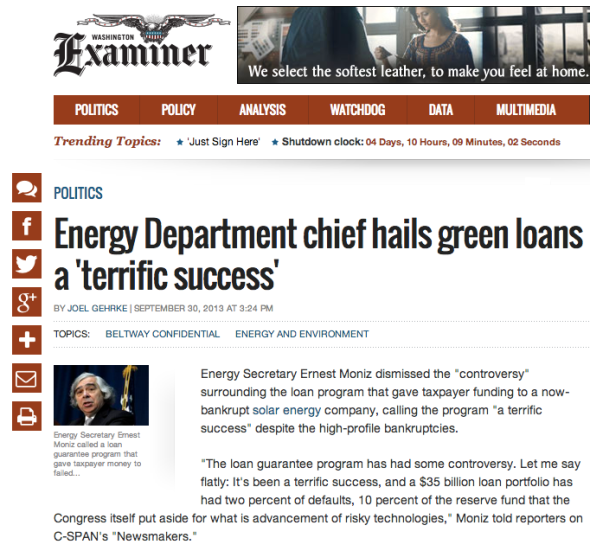 Ernest Moniz was elected unopposed in May 2013 as Obama’s energy secretary. His primary task, to accelerate “the transition to a clean energy economy by developing a smart “green” electric grid, promoting energy efficiency and renewable energy through a “Race to the Top” program, and furthering other critical energy projects.” Fred Krupp, President, Environmental Defense Fund.

Obama noted on the confirmation of Moniz, “He also shares my conviction that the United States must lead the world in developing more sustainable sources of energy that create new jobs and new industries, and in responding to the threat of global climate change.” President Barack Obama.

The Obama administration’s quest to take America back the stone age with a ‘clean energy economy’ has certainly started in ‘ernst’. Picking winners and losers in the energy market has cost taxpayers billions of dollars. The rate of failure, corruption and cronyism, within the companies receiving the subsidies is substantial :

List of faltering or bankrupt green-energy companies as at October, 2012 :

*Denotes companies that have filed for bankruptcy.

More recent renewable “investment” projects of ideologically, not market-driven preference, that have collapsed :

(Reuters) – Ecotality Inc, a maker of charging stations for electric cars that won a $99.8 million grant from the U.S. Department of Energy four years ago, has filed for bankruptcy protection and said it plans to auction its assets next month. More »

Despite Receiving Millions Of Dollars Through Taxpayer Support, Fisker Automotive Is “Exploring” Bankruptcy And Will Furlough Its Workforce

In 2009, Fisker Was Awarded $529 Million From The Obama Administration’s Department Of Energy Loan Program. “The company was founded in 2007 and drummed up about $1.2 billion in private financing. In 2009, Fisker also won a $529 million federal loan as part of an Obama administration program to spur advanced vehicle development.” (Deepa Seetharaman, “Fisker Puts U.S. Workforce On Furlough This Week,” Reuters, 3/27/13)

The Bankrupt A123 Systems Received $249 Million Of Taxpayer Money From Obama’s Department Of Energy Loan Program. “The Department of Energy awarded A123 a $249 million grant in 2009, of which the battery maker had received $133 million when it filed for bankruptcy. The effects of the bankruptcy extended beyond the company. A123 was the battery provider for DOE-loan recipient Fisker Automotive, which ceased production last year.” (“Embattled DOE-Grant Recipient Changes Name From A123 To B456,” Washington Free Beacon, 3/28/13)

Would Moniz call all that a “terrific success” if it were his own money?

The socialist left, never afraid to risk, bet, lose and waste other people’s money, protected by the sanctimonious tower of ‘morality’. 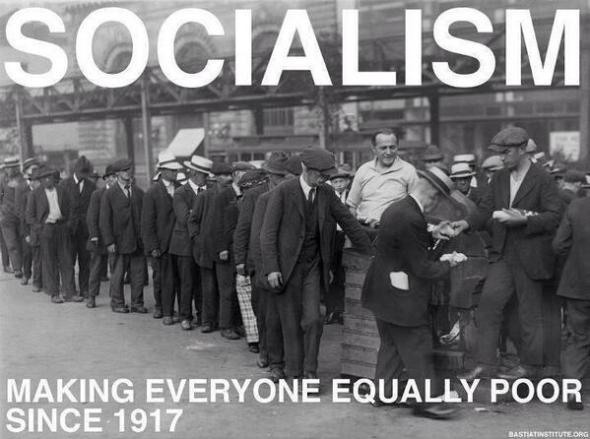 How a socialist Obama administration treats “other people’s money” :

Obama Wants You To Believe In His $16.75 Trillion Debt

Bush increased the debt to $8.8 trillion in eight years, and that was bad. So Obama increased it to $16.75 trillion in four years – and that is good.

“The fact that we are here today to debate raising America’s debt limit is a sign of leadership failure. It is a Sign that the US Government cannot pay its own bills. It is a sign that we now depend on ongoing financial assistance from foreign countries to finance our Government’s reckless fiscal policies. …Increasing America’s debt weakens us domestically and internationally. Leadership means that ‘the buck stops here’. Instead, Washington is shifting the burden of bad choices today onto the backs of our children and Grandchildren. America has a debt problem and a failure of leadership. Americans deserve better.”

Obama rallied against deficits before he became a radical, record-breaking, big socialist spender :

Quotes via The Green Agenda