Eighty Years Ago, Eighty Percent Of The US Was In Drought

We celebrate Earth Hour so that the United States may never experience 80% drought ever again.
Donate NOW to “Act on Climate”, even if severe drought is now only at about 10% of USA land mass.

People who say that droughts are getting worse, have absolutely no clue what they are talking about. Before Mann Made Climate Change

Praying for a successful climate deal in Paris so we can avoid climate change and enjoy a stable and pleasant climate, just like it was in the past…

Prior to the intervention of humans, the climate was stable and Chicago was buried under a mile of ice. 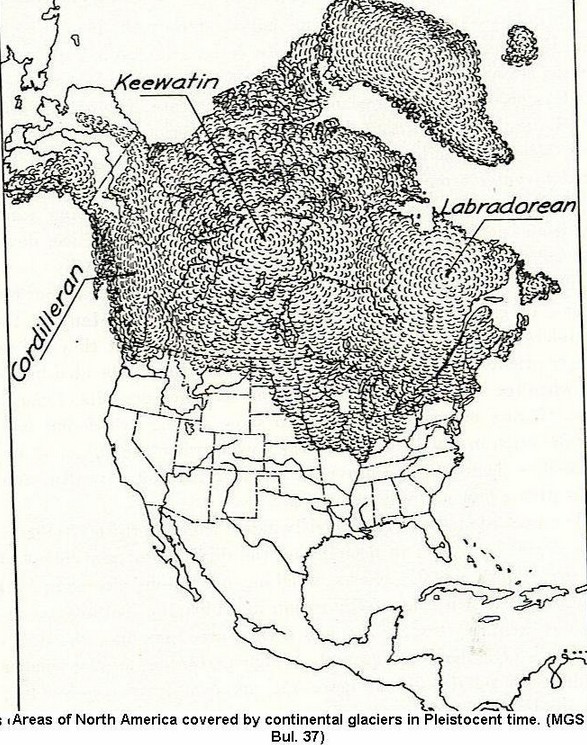 On Memorial Day eighty years ago, Texas received twenty-two inches of rain in less than three hours – the world record. CO2 was 304 PPM at the time.

Climate experts tell us that much less intense rainfalls this year in Texas are caused by 400 PPM CO2. Because they are clowns, not scientists.

The Straw That Broke The Camel’s Back

Sea level has risen 120,000 mm in Florida since the last ice age, but Barack Obama believes the last 100 mm have somehow wrecked the Everglades.

The man is a true genius 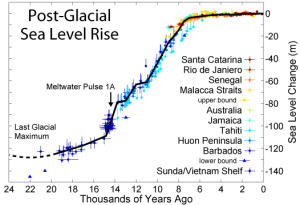 US Drought Near An Historic Low

Climate experts tell us that the US is experiencing a near unprecedented drought, when in fact it is the exact opposite. US drought coverage is near historic lows.

Compare vs. 80 years ago 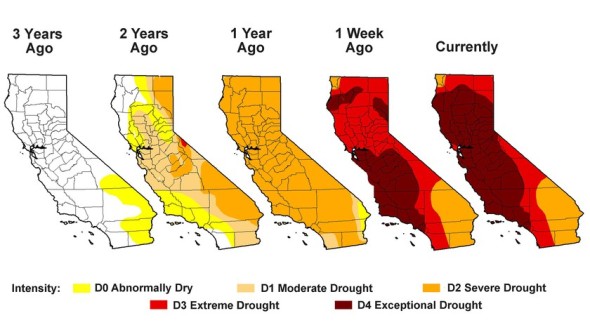 The progression of the Palmer Drought Severity Index for California over the past three years. Source: U.S. Drought Monitor

Is it true that we are in the worst drought in California history? Let’s look at the facts for the last 120 years (1895 to present). 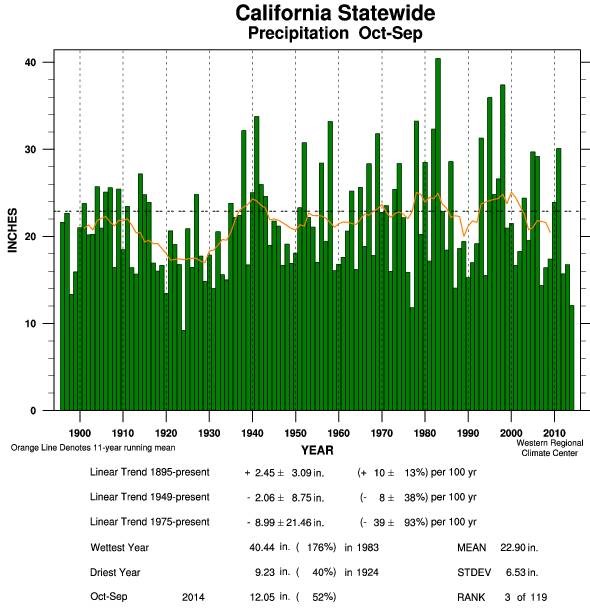 As shown in this chart from the Western Regional Climate Center website (http://www.wrcc.dri.edu) — this is not even the 2nd driest water year for California in the last 120 years.

As for the claim that this is the worst multi-year drought in California history – look at the period of 1910-40 on the WRCC chart. Wow… that was really a dry 30 year period.

The CSIRO Is Telling Us Everything We Need To Snow 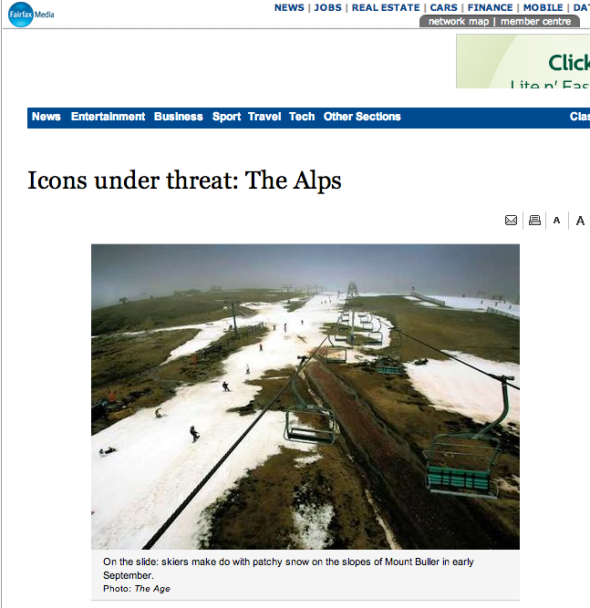 A 2003 CSIRO report, part-funded by the ski industry, found that the resorts could lose a quarter of their snow in 15 years

Icons under threat: The Alps – General – In Depth – theage.com.au 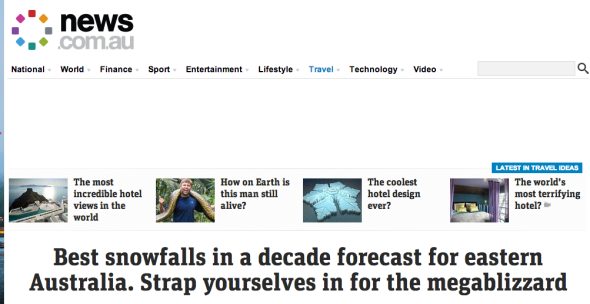 Best snowfalls in a decade forecast for eastern Australia. Strap yourselves in for the megablizzard | News.com.au

The year 1936 was one of the worst in US history. On April 6, tornadoes killed hundreds of people across the south. 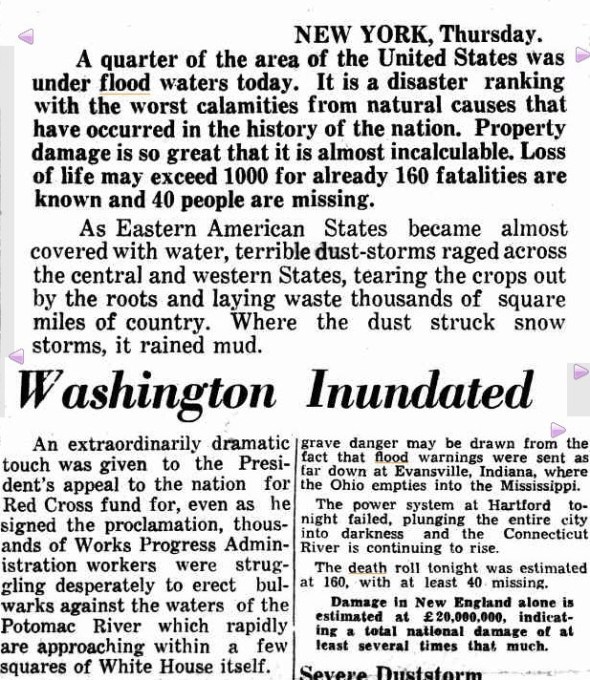 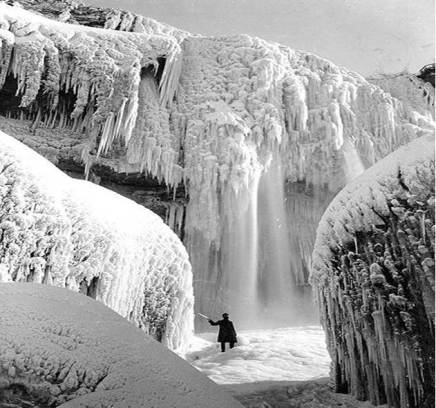 The summer had one of the worst droughts in US history 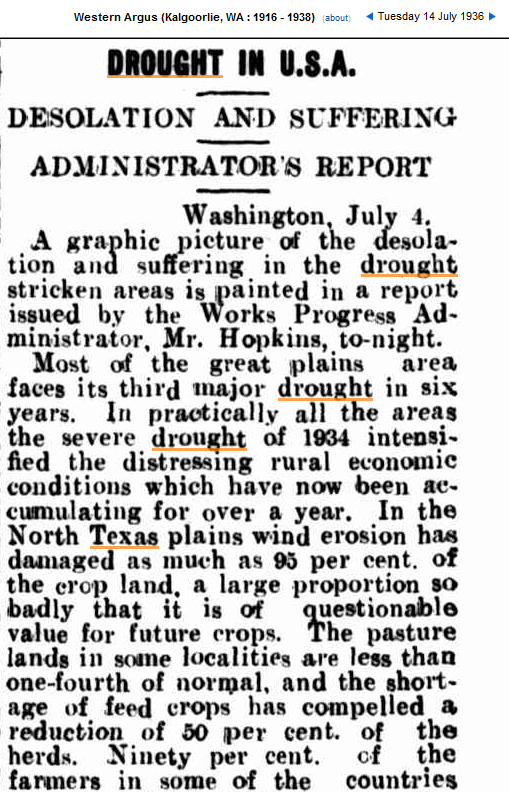 And it was the hottest summer in US history

No global warming for 17 years 8 months

Times are not easy for true-believers just now. The RSS satellite lower-troposphere temperature anomaly for March, just in, shows no global warming at all for 17 years 8 months. This remarkable 212-month period, enduring from August 1996 to March 2014, represents half of the entire 423-month satellite record since it began in January 1979. 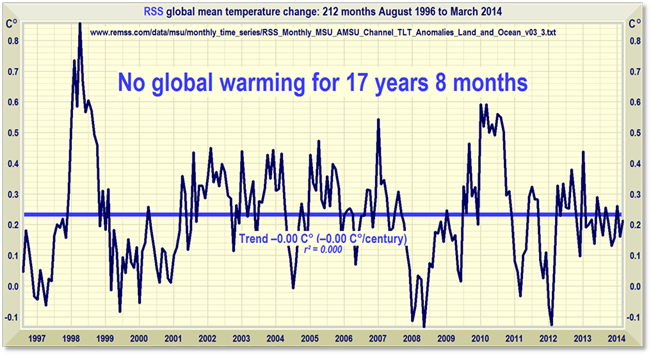 Figure 1. The remarkable 212-month absence of global warming, notwithstanding a record rate of increase in CO2 concentration. The Pause – the least-squares trend on the data for the past 17 years 8 months – now extends to just over half the entire 423-month Remote Sensing Systems satellite record since January 1979.

Yet we should not crow. A strongish el Niño – we are rather overdue for one – may well shorten the Pause quite a bit, but…