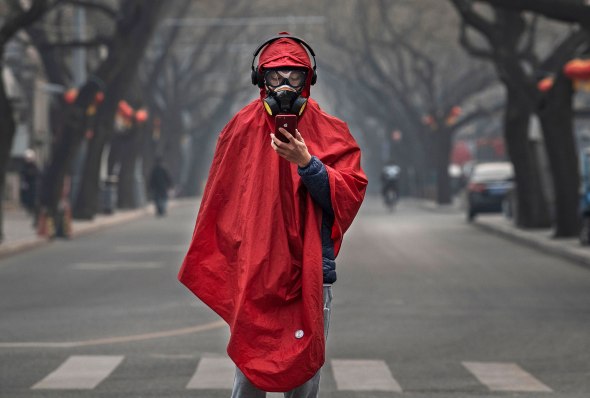 WHEN the COVID-19 panic eventually clears, many important questions will be asked. One of them ought to be, “was the cure worse than the disease?”

THE ever-hysterical mainstream media will require tough scrutiny as well. Is there no upper limit anymore to their money-making mantra “if it bleeds, it leads” ?

IN April of 2009, H1N1 became a pandemic. It wasn’t until six months later, October, that then-President Obama declared a public health emergency on what was already a pandemic. By that time, the disease had infected millions of Americans and more than 1,000 people had died in the U.S.

WILL leave you to judge the reaction of the globalist mainstream media toward Obama’s global pandemic versus Trump’s one, resulting in the literal shut down of the entire global economy.

TONY Heller of Real Climate Science pulls no punches when it comes to lifting the lid on the ClimateChange™️ farce. Here are his grim thoughts on the prognosis and prescription for the Wuhan flu …

Millions of Americans are already out of work due to COVID panic shutdowns, and COVID alarmists want that number to increase that number sharply.

There have been 68 COVID-19 deaths in the US, and almost half of them were at one nursing home in Washington.

Flu season is hitting its stride right now in the US. So far, the CDC has estimated (based on weekly influenza surveillance data) that at least 12,000 people have died from influenza between Oct. 1, 2019 through Feb. 1, 2020, and the number of deaths may be as high as 30,000.

This Is How Many People Die From the Flu Each Year, According to the CDC | Health.com

There have been 7,000 COVID-19 deaths globally, compared to far more flu deaths.

This Is How Many People Die From the Flu Each Year, According to the CDC | Health.com

Every single one of the 12,000-30,000 flu deaths in the US this year has involved a person becoming critically ill before they died. Why didn’t that large number of critically ill flu patients, or the comparable number of automobile accident deaths overwhelm the system?

Something very seriously wrong is going on here.

Real Climate Science | “Science is the belief in the ignorance of the experts.” — Richard Feynman

COVID panic has already put millions of people out of work, and threatens to cause a global depression. Panic is a strategy for disaster.

CURE WOSRE THAN THE DISEASE?

The globalist media have brainwashed billions of people into believing that this kind of instinctive yet hysterical behavior is needed, natural, useful, rational, and probably ethical, too. It’s neither.

The economic and otherwise societal losses will be exponentially larger than the damages to the public health.

The enthusiasm with which the West commits suicide is staggering

About 94,000 people are currently infected with Covid-19, a bit over 7,000 have died plus 78,000 have been cured. The number of deaths per month approximately doubled from the previous one-month period as the disease moved from China to Europe or elsewhere. Asia seems to have tamed the disease completely. China has largely reopened for business despite a dozen of new deaths per day.

Those 7,000 deaths should be compared with approximately 650,000 deaths due to flu in the world in the recent year. Covid-19 clearly continues to be a negligible killer relatively to flu – and the latter hasn’t ever led to any significant hysteria. Covid-19 may be seen to have the potential to surpass flu as a killer (and probably has done so in Italy) but nobody knows whether this potential may be realized in the whole world. Even if Covid-19 becomes the most important killer among respiratory diseases, it will be just a quantitative change in the industry of flu-like diseases.

We’re seeing amazing restrictions on the human movement, contacts, events, economy. I am writing it from the first day (out of 8) of the Italy-style softcore martial law in Czechia. Similar restrictions are imposed almost everywhere. Every hour, a country joins the lockdown; Canada did it minutes ago. Half a billion schoolkids are skipping classes now – Greta Thunberg is no longer too special. Bars and restaurants are closed in about one-half of the world. Carmakers are stopping the production in all of Europe. You can read comments on social networks written by people who were just laid off every second. Also, I think that the real estate prices are likely to drop once the closed hotels and other things are being sold.

The globalist media have brainwashed billions of people into believing that this kind of instinctive yet hysterical behavior is needed, natural, useful, rational, and probably ethical, too. It’s neither.

The economic and otherwise societal losses will be exponentially larger than the damages to the public health. I would even argue that that the economic damages that have already taken place are larger than even the worst case scenario damages to health and lives that could materialize in a hypothetical future. These economic damages are already crippling lots of lives and they will destroy many of them in the future.

A rarely non-hysterical alert just informed me that the first volunteer is being injected with an experimental Moderna vaccine.

In recent years, if you forgot, we were bombarded with the insane culture and feminist, transsexual, multicultural and pro-Islamist, climate alarmist, and several other insanities by the extreme left. These things seem almost completely forgotten now. It is clear that the global CO2 emissions in 2020 will be significantly lower than those in 2019. And so will be the GDP. The drop may continue for years.

Lots of people don’t seem to care about the deepening shutdown of the global economy. People like pensioners, employees, and entomologists who seem certain that they will be safe. Really? When the society stops producing cars and probably many other products, and when it stops an even greater percentage of services, do you really believe it will be capable of giving you a pension that is comparable to the present one, in real terms? When businesses such as restaurants – but even much more industrial ones – are being brutally punished and robbed during this shutdown, do you really believe that they will continue to be able to pay employees? Will the society be willing to pay entomologists? Teachers who don’t really teach because it’s obvious that the home or online schooling will be a farce for a great majority of children?

I am amazed by the huge number of people who seem to enthusiastically welcome this new “regime”. Some totally unhinged leftists – like Democrats in a New Hampshire survey who preferred the extinction of humans by ETs over a Trump reelection – have been known to wish this kind of economical destruction. The green leftists are naturally known to have wet dreams about a global economic misery combined with the “martial law” economy, as correctly pointed out by Marc Morano who was interviewed by Ezra Levant.

But I see a vastly greater number of people who not only don’t seem to be worried about this a new, almost totally man-made Great Depression; but who seem absolutely enthusiastic about it. I am just flabbergasted. Were millions of people similarly enthusiastic about the decline of the Roman Empire? Are these people powered by jealousy? Where does the sentiment come from? Is there a majority that actively wants our civilization to be flushed down the toilet?

An even more shocking finding is the tiny number of people who stand firmly on the opposite side, like myself: people who really think that we must stop the acts that will make a huge Great Depression unavoidable. Yes, even the desire “not to have a new Great Depression” has turned into a “fringe” political opinion, according to the number of prominent advocates (although most Americans probably agree with me – but they have no power today). Freedom Fighter has composed a nice list of conservative pundits who are clearly against the viral hysteria:

READ it all, here…

(PLEASE Note: The PayPal account linked to “Climatism” is “Five-O-Vintage”)

3 Comments on “CREATING A Worldwide Depression”