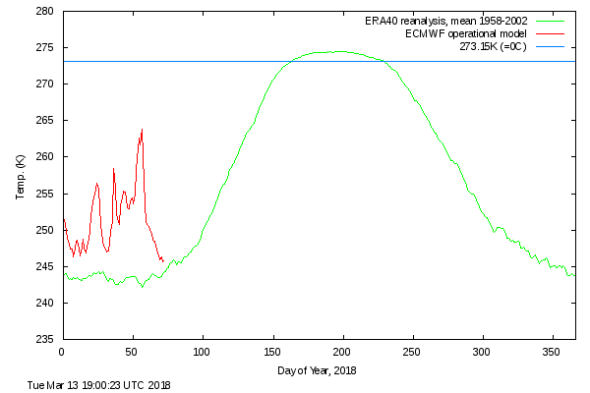 “It’s just crazy, crazy stuff,” said Mark Serreze, director of the National Snow and Ice Data Center in Boulder, Colorado, who has been studying the Arctic since 1982. “These heat waves – I’ve never seen anything like this.”

Experts say what’s happening is unprecedented, part of a global warming-driven cycle that probably played a role in the recent strong, icy storms in Europe and the north-eastern US.

“The extended warmth really has staggered all of us,” Mottram said.

SIMPLE fact-checking would have shown Serreze, Mottram and The Guardian et. al that these conditions are not “unprecedented”, as evidenced by Paul Homewood…

But is it an “off the scale event”?

Unfortunately for poor George’s credibility, the answer is no. We had very similar conditions back in 1976:

DON’T expect an answer. This temperature correction will not be reported in the fake news media because it clearly doesn’t fit their warming narrative.