“It has now been 30 years since these dire climate change sea level rise acceleration warnings were presented at the 1988 Senate hearing on Global Climate Change with global CO2 emissions having increased by more than 60% during this period.”

On June 23, 1988 the Senate Committee on Energy and Natural Resources held a hearing addressing the Greenhouse Effect and Global Climate Change. 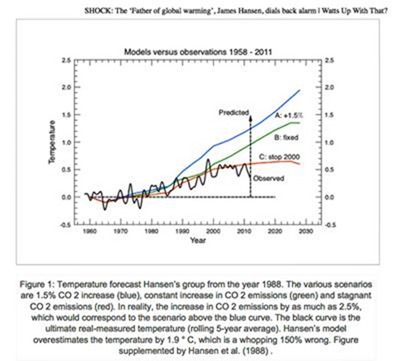 Also testifying at the hearing was Dr. Michael Oppenheimer, senior scientist with the Environmental Defense Fund who presented claims that included projections of future sea level rise acceleration that would occur in the coming decades.

“Global mean temperature will likely rise at about 0.6 degrees Fahrenheit…