SENSE and reason prevailing, once again, after a decade of Obama-climate, threat-propaganda, marxist madness!

The Pentagon released a National Defense Strategy that for the first time in more than a decade does not mention manmade global warming as a security threat. 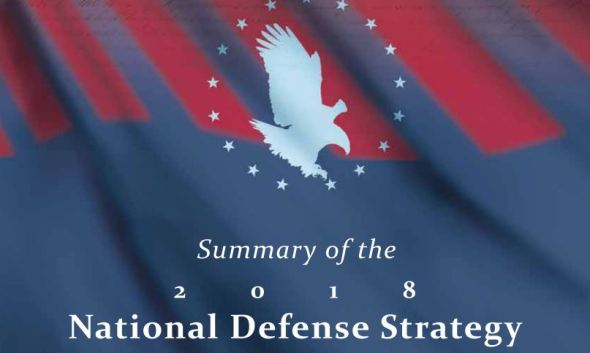 An 11-page summary of the new National Defense Strategy makes no mention of “global warming” or “climate change”. The document makes no mention of “climate,” “warming,” “planet,” “sea levels” or even “temperature.” All 22 uses of the word “environment” refer to the strategic or security landscape.

The document is here: https://www.defense.gov/Portals/1/Documents/pubs/2018-National-Defense-Strategy-Summary.pdf

The National Defense Strategy, signed by Defense Secretary James Mattis, doesn’t have much to say about energy issues, except that the U.S. would “foster a stable and secure Middle East” and “contributes to stable global energy markets and secure trade routes.”

The Pentagon released the strategy document Friday, and officials were clear that it would make no mention of global warming. The Bush administration added global warming to the defense strategy in…

Climate policies are diverting resources from measures that directly reduce hunger, which according to the UN’s Food and Agriculture Organisation is on the rise. | The Australian

ANTHROPOGENIC “climate change” and the control of carbon dioxide, via the supply of energy, has deep roots in a radical yet gravely misguided campaign to reduce the world’s population.

A misanthropic agenda engineered by the environmental movement in the mid 1970’s, who realised that doing something about “global warming” would play to quite a number of its social agendas.

THE goal was advanced, most notably, by The Club Of Rome (Environmental think-tank and consultants to the UN) – a group of mainly European scientists and academics, who used computer modelling to warn that the world would run out of finite resources if population growth were left unchecked.

“The common enemy of humanity is man.
In searching for a new enemy to unite us, we came up
with the idea that pollution, the threat of global warming,
water shortages, famine and the like would fit the bill. All these
dangers are caused by human intervention, and it is only through
changed attitudes and behaviour that they can be overcome.
The real enemy then, is humanity itself.“
– Club of Rome 1993,
premier environmental think-tank,
consultants to the United Nations

SO, it comes as no surprise that today’s UN is successfully upholding its misanthropic agenda by attempting to control the world’s population through a blatant misallocation of resources, in favour of wanting to control the weather, rather than feed the most needy, for a fraction of the cost.

MEMO to the UN – If you want to reduce the world’s population, provide the third-world with cheap, reliable fossil-fuelled or nuclear power generation to lift them out of abject poverty. Wealthy (fossil-fuel/nuclear powered) nations have predominant negative birth rates. Poverty is the enemy of the environment.

Bjorn Lomborg with more via his column in The Australian…

BJORN LOMBORG // @BjornLomborg via The Australian :

For more than a decade, annual data showed global hunger to be on the decline. But that has changed. According to the latest data from the UN’s Food and Agriculture Organisation, hunger affected 815 million people in 2016, 38 million more than the year before, and malnutrition is now threatening millions.

Research from my think tank, Copenhagen Consensus, has long helped to focus attention and resources on the most effective responses to malnutrition, both globally and in countries such as Haiti and Bangladesh. Unfortunately, there are worrying signs that the global response may be headed in the wrong direction.

The FAO blames the rise in hunger on a proliferation of violent conflicts and “climate-related shocks”. which means specific, extreme events such as floods and droughts.

But in the FAO’s press release, “climate-related shocks” becomes “climate change”. The report itself links the two without citing evidence, but the FAO’s communique goes further, declaring starkly: “World hunger again on the rise, driven by conflict and climate change.”

It may seem like a tiny step to go from blaming climate-related shocks to blaming climate change. Both terms relate to the weather. But that little difference means a lot, especially when it comes to the most important question: how do we help to better feed the world? Jumping the gun and blaming climate change for today’s crises attracts attention, but it makes us focus on the costliest and least effective responses.

The best evidence comes from the UN’s Intergovernmental Panel on Climate Change, which has clearly shown that there has been no overall increase in droughts. While some parts of the world are experiencing more and worse droughts, others are experiencing fewer and lighter droughts.

A comprehensive study in the journal Naturedemonstrates that, since 1982, incidents of all categories of drought, from “abnormally dry” to “exceptional drought”, have decreased slightly. On flooding, the IPCC is even blunter: it has “low confidence” at a global level about whether climate change has caused more or less flooding.

What the IPCC tells us is that by the end of the century, it is likely that worse droughts will affect some parts of the world. And it predicts — albeit with low confidence — that there could be more floods in some places.

Relying on climate policies to fight hunger is doomed. Any realistic carbon cuts will be expensive and have virtually no impact on climate by the end of the century. The Paris climate agreement, even if fully implemented up to 2030, would achieve just 1 per cent of the cuts needed to keep temperature from rising more than 2C, according to the UN.

And it would cost $US 1 trillion a year or more — an incredibly expensive way to make no meaningful difference to a potential increase in flooding and droughts at the end of the century.

In fact, well-intentioned policies to combat global warming could very well be exacerbating hunger. Rich countries have embraced biofuels — energy derived from plants — to reduce their reliance on fossil fuels. But the climate benefit is negligible: according to the International Institute for Sustainable Development, deforestation, fertiliser, and fossil fuels used in producing biofuels offset about 90 per cent of the “saved” carbon dioxide.

In 2013, European biofuels used enough land to feed 100 million people, and the US program even more. Biofuel subsidies contributed to rising food prices, and their swift growth was reined in only when models showed that up to another 135 million people could starve by 2020. But that means that the hunger of around 30 million people today can likely be attributed to these bad policies.

Moreover, climate policies divert resources from measures that directly reduce hunger. Our priorities seem skewed when climate policies promising a minuscule temperature impact will cost $US1 trillion a year, while the World Food Program’s budget is 169 times lower, at $5.9 billion.

There are effective ways to produce more food. One of the best, as Copenhagen Consensus research has shown, is to get serious about investing in research and development to boost agricultural productivity. Through irrigation, fertiliser, pesticides, and plant breeding, the Green Revolution increased world grain production by an astonishing 250 per cent between 1950 and 1984, raising the calorie intake of the world’s poorest people and averting severe famines. We need to build on this progress.

Investing an additional $US88bn in agricultural research and development over the next 32 years would increase yields by an additional 0.4 percentage points every year, which could save 79 million people from hunger and prevent five million cases of child malnourishment. This would be worth almost $US3 trillion in social good, implying an enormous return of $US34 for every dollar spent. By the end of the century, the additional increase in agricultural productivity would be far greater than the damage to agricultural productivity suggested by even the worst-case scenarios of the effects of global warming.

We are at a turning point. After achieving dramatic gains against hunger and famine, we run the risk of backsliding, owing to poorly considered choices. The stakes are far too high for us to pick the wrong policies.

Climate-change policies may be making world hunger worse | The Australian