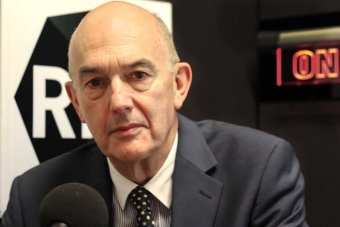 A STARK lesson in climate facts and data Vs ABC groupthink eco-ideology via “denier” numero uno – Andrew Bolt of The Herald Sun.

MAKE your own mind up. Who really are the real “science deniers”, the sceptics or the “save the planet” virtue-signalling, eco-zealots? …

The real “deniers” are generally not the global warming sceptics but the extremists who denounce them. Take ABC commentator Paul Bongiorno, who today denied the science in attacking Tony Abbott’s speech in London overnight.

In most countries, far more people die in cold snaps than in heat waves, so a gradual lift in global temperatures, especially if it’s accompanied by more prosperity and more capacity to adapt to change, might even be beneficial.

This just flies in the face of contemporary science.

Actually, it’s warmist Paul himself who flies in the face of science.

And global warming policies of the kind Bongiorno supports will make the dying worse by making electricity too expensive for the poor:

The situation has become so dire that 77 per cent of low-income NSW households are going without heating in a bid to reduce their onerous power bills, new research from the NSW Council of Social Service (NCOSS) shows. And one in three low-income earners have been forced to stop using hot water for bathing to pay for energy bills.

Then there’s the increased crops we’re getting as the world (mildly) warms.

The latest indications for the current season point to record cereal production in 2017 at the world level with total inventories hitting a new peak.

It’s the invincible ignorance of Bongiorno that staggers me. Confronted with facts that challenge his ideology he instinctively denies them, and, indeed, went on to insult Abbott as someone he falsely claimed had said he couldn’t be believed unless he’d written it down (which, incidentally, Abbott had actually done in this case).

And what of Fran Kelly? She fancies herself as someone who is pretty well informed on global warming, which she, too, spruiks.

But to Bongiorno’s false claims she offered not a word of demurral.

Astonishingly, the Fairfax reporter is also astonished by Abbott’s claim, finding it so remarkable that she leads her report with it:

Tony Abbott says voters should beware the science of climate change but argues that higher temperatures “might even be beneficial” because “far more people die in cold snaps”.

Lancet reports that more people die in the cold than the heat and Fairfax doesn’t blink. But when Abbott says it Fairfax faints.