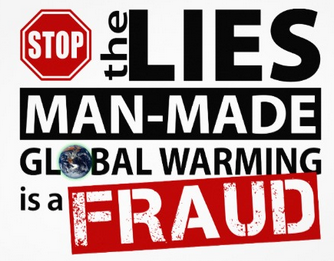 EXCELLENT example via Paul Homewood of how Government climate agencies blatantly lie to you about climate.

Keep in mind, this is a “Government” document. And its a blatant alarmist lie.

According to the Government’s latest UK Climate Change Risk Assessment, sea levels around the UK are rising by around 3mm a year.

This is an outright lie.

Thus implying that the rate of sea level rise has been accelerating recently.

Long running sea level data is available at two sites in the UK, North Shields in the North East, and Newlyn in the South West. There is consequently a good geographic distribution, with the former on the North Sea coast, and Newlyn facing the Atlantic.

Long term trends are around 1.9mm/yr, and it is immediately evident that there has been no acceleration in recent years.

But we can double check this by looking at the rate of rise. Below are charts showing the amount of sea level rise measured over 120-month intervals. The red line is the mean.

It is clear that there is no apparent trend, simply large variations throughout both records.

There is one other long running tidal gauge record. This is at Aberdeen, although data for 2016 has not yet been entered by PSMSL.

However, NOAA show that sea levels are only rising by 0.72mm there, due to the fact that the land is rising.

Although the land is rising in Scotland, most of England is sinking. Both are as a result of glacial isostatic adjustment, the ongoing movement of land once burdened by ice-age glaciers. 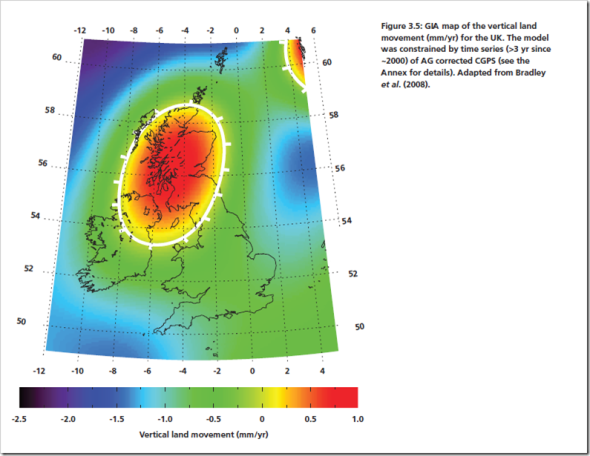 Threats of ever rising sea levels are stock in trade for the climate mafia, yet when we look at actual tidal gauge records, we see nothing other than a gradual rise, going back to the 19thC.

However, for such fake claims to be made in an official government report is simply unacceptable.

NO SH*T Sherlock.
1. It rained in CA in absolute contradiction of Jerry and the expert climate nut bags “Permanet Drought” assurances.
2. Bjorn needs to rethink his PC derived CO2-AGW belief system. He knows it’s BS. Cut him until he jumps off the PC fence.

While the L A Times is busy hyping Governor Brown’s success in extending its expensive and bureaucratically onerous cap and tax law from 2020 to 2030 Bjorn Lomborg director of the Copenhagen Consensus Center has an article in the Times showing how California’s climate alarmist schemes are incredibly wrong.

However Lomborg clearly articulates the irrelevancy that California’s go it alone approach produces. 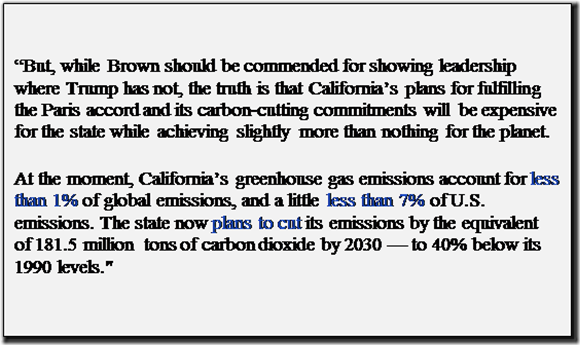 Further Lomborg exposes the terrible costs that Californian’s will pay now and in the coming years while failing to achieve any worthwhile global benefits. Meanwhile the Times celebrate’s Governor Brown’s political savvy in being able to foist such a costly and worthless scheme upon the people of California. 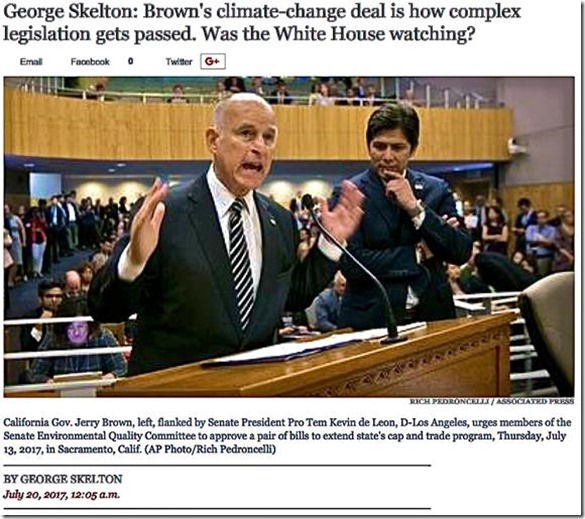 Lomborg believes that California’s climate alarmist scheme’s driven by Governor Brown are misguided and that the state should instead take a more realistic and productive approach to address its climate concerns.

“California is embracing huge costs while doing virtually nothing…