“Unreliable” energy update – yet more blackouts thanks to feel-good windmills…

While STT was taking a well earned summer break, South Australians found themselves, yet again, groping around in the dark.

In the lead up to Christmas, South Australians living on its West Coast in places like Ceduna were left powerless for close to 3 days, said to be the result of storm damage to transmission lines and equipment.

Immediately after Christmas, huge swathes of South Australia found themselves without power for days on end.  We’ll start with a roundup from the ABC.

Thousands of South Australian properties remain without power after a day of wild storms, as businesses count the costs of blackouts and lost trade.

Study: 99% of Coral Will Bleach Every Year Within a Century

Corals have survived millions of years of dramatic and “massive” climate change, yet climate crisis experts want us to believe a few hundred ppm more CO2 to the atmosphere is going to end us?!

Historical climate data simply does not support this claim.

Coral survived the Cretaceous / Paleogene extinction event which wiped out the dinosaurs, when a 6 mile wide Asteroid crashed into the Gulf of Mexico 66 million years ago. Coral survived the Permian–Triassic extinction event 252 million years ago, when the Siberian Traps were formed, a colossal series of volcanic eruptions which covered almost three million square miles in lava, contaminating the entire world with toxic fumes and volcanic ash. But apparently its all going to come to an end, if we add a few hundred ppm more CO2 to the atmosphere.

Summary:
New climate model projections of the world’s coral reefs reveal which reefs will be hit first by…

The Big Chill: All US states except Florida have subfreezing temperatures

We’ve known that the USA is in for a bi-coastal blast of cold air, snow, and heavy rains, but this map by Jesse Farrell shows just have much of the contiguous USA have below freezing temperatures this morning.

Here is a summary of temperatures seen this morning by states:

Meanwhile, a once in a decade storm will hit California this weekend. 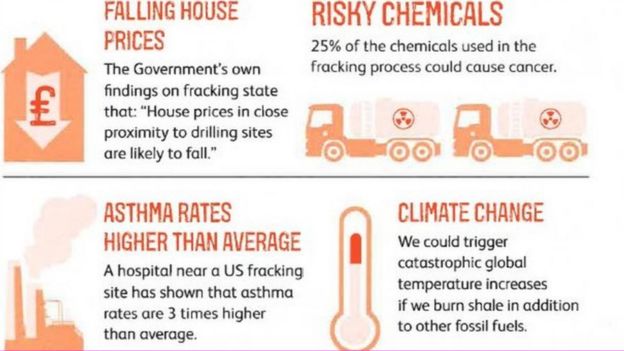 Friends of the Earth spent more than a year trying to defend its claims, which were made in a fundraising leaflet, but has been forced to withdraw them.

The authority found that Friends of the Earth (FoE) failed to substantiate claims that fracking could cause cancer, contaminate water supplies, increase asthma rates and send house prices plummeting.

The group’s capitulation is a victory for a retired vicar and a retired physics teacher who have been working for years to expose what they believe is scaremongering about a safe technique for extracting shale gas. (More about them in the footnote)

Truth in Climate Advertising!  What a Concept!!

Who’s next?  What about Greenpeace: