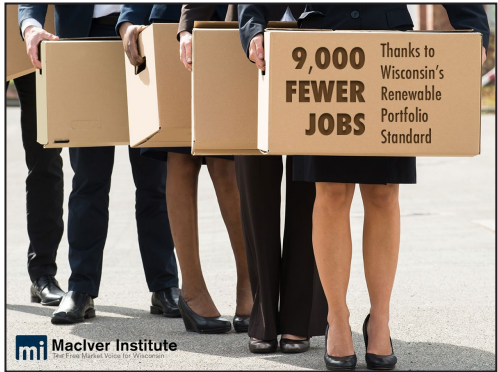 South Australia isn’t the only place in the world where subsidised, intermittent and wholly unreliable wind power has become a proven social and economic disaster. Oh no. The inevitable consequences of trying to run an economy on the whims of the weather are universal.

In this very detailed study from Wisconsin – based on actual data, not models and assumptions – its piddling 10% renewable target has knocked a $billion hole in annual economic activity; is killing off 10,000 real jobs every year; and, surprise, surprise has failed to deliver any sign of the much vaunted ‘green’ jobs bonanza – long promised by the wind industry, its parasites and spruikers.