THE charlatan of charlatan’s. 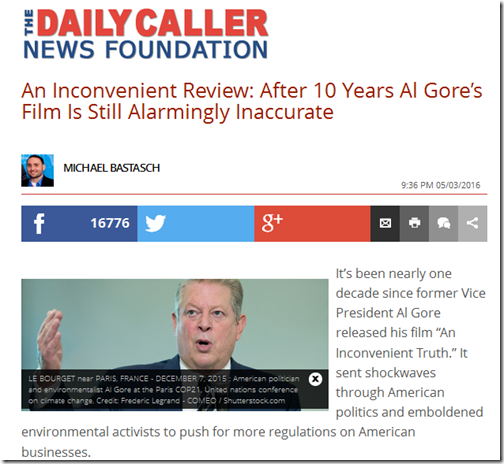 From the Daily Caller:

It’s been nearly one decade since former Vice President Al Gore released his film “An Inconvenient Truth.” It sent shockwaves through American politics and emboldened environmental activists to push for more regulations on American businesses.

Gore warned increasing carbon dioxide emissions would spur catastrophic global warming that would cause more extreme weather, wipe out cities and cause ecological collapse. To stop global warming, humans needed to ditch fossil fuels and basically change every aspect of their lives.

Watching “An Inconvenient Truth” is sort of like going back in time. Back to a world where flip phones were cool and “Futurama” was still putting out new episodes. A world where a bitter presidential candidate was trying to rebrand himself as an environmental crusader.

But have Gore’s warnings, which were alarming to many in 2006, come true?