Patrick Moore: Greenpeace has made itself the sworn enemy of all life on Earth

In Greenpeace, Malthus would be proud. 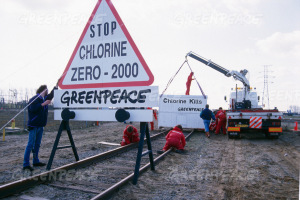 By Patrick Moore, a founder of Greenpeace

Greenpeace, in furtherance of what is in effect its war against every species on the planet, has now turned to what, on the face of things, looks to me like outright breach of the RICO, wire-fraud, witness-tampering and obstruction-of-committee statutes. I have called in the FBI.

Greenpeace appears to have subjected Dr Will Happer, Cyrus Fogg Brackett Professor of Physics at Princeton University, to a maladroit attempt at entrapment that has badly backfired on it.

The organization I founded has become a monster. When I was a member of its central committee in the early days, we campaigned – usually with success – on genuine environmental issues such as atmospheric nuclear tests, whaling and seal-clubbing.

Not hard to see why….

I have already looked at the exceptional Lake District flooding of 1898, but a year earlier there had been an arguably even bigger storm.

The following is an excerpt from the Symons British Rainfall publication for 1897:

Claims that last weekend’s rainfall in the Lakes was a 1 in 200 year event have been widely bandied around. This is clearly nonsensical, when the records tell us that similar storms hit the same area in 1897 and then again in 1898.

The 1897 Symons publication goes on to describe some of the problems faced by observers in those days, when the weather was exceptionally wet:

Finally, they give this summary of the Nov 12 storm:

Again, we find similarities with Storm Desmond, which hit the Lakes hardest.

Finally, let’s look at a table from the 1898 Symons, which I highlighted earlier. This shows the maximum daily…