For the past two years, most of the US has received well above normal precipitation. None of the things they warned us about are happening. There is no corn belt drought, no southwest drought, no Texas drought.

So experts pretend they never said any of those things, and turn their attention to California. And if California receives heavy El Nino rains this winter, they will blame them on global warming.

Cooling On The Warming: Now Warnings Of A Mini Ice Age

Global warming hysteria is so yesterday: 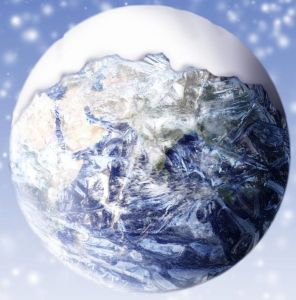 that will cause bitterly cold winters during which rivers such as the Thames freeze over, scientists have predicted.

Solar researchers at the University of Northumbria have created a new model of the sun’s activity which they claim produces ”unprecedentedly accurate predictions”.

They said fluid movements within the sun, which are thought to create 11-year cycles in the weather, will converge in such a way that temperatures will fall dramatically in the 2030s.

Don’t question this science! Or was it the last science we weren’t supposed to question? It’s so confusing.

Andrew Bolt is a journalist and columnist writing for The Herald Sun in Melbourne Victoria Australia.