In The 1970’s, Cold Winters Were Due To Global Cooling!

We’ve all no doubt heard about the ice age scare of the 1970’s, of which the above Newsweek article was just one example.

But, with the current debate about polar vortices, cold winters, and the weak, meandering jet streams that are supposed to be causing all these problems, it is worth looking closely again at the paragraph marked as Extremes above.

So, in a cooling world where the Arctic was getting much colder, and sea ice was expanding rapidly, we had:

In other words, exactly the same things, and worse, that are now blamed on the exact opposite, a warming world.

And before anybody tries to dismiss this as mere media…

The Time Has Come To Stop Being Afraid

With apologies to all of the politicians, alarmist scientists, UN officials, environmental journalists, subsidised manufacturers, carbon credit traders, Al Gore et al. who rely on our fear for their incomes, I think it’s time we stopped being afraid!

As politicians keep feeding us their diet of fear,
And they keep on telling us that the end is now near.
As predictions are not happening in the way that they say,
And the claims just get wilder, day after day. 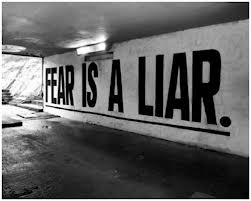 As we are bullied by those with an activist agenda,
And we cannot ask questions, we must simply surrender.
As the consensus of scientists is not what it’s claimed,
And the good name of science is being defamed.

As we are kept on being treated as gullible fools,
And we are forced to abide by nonsensical rules.
As we act like sheep and, without thinking, we follow,
And the most…

“Climate Change will result in a catastrophic global sea level
rise of seven meters. That’s bye-bye most of Bangladesh,
Netherlands, Florida and would make London the new Atlantis

“Isn’t the only hope for the planet that the
industrialized civilizations collapse?
Isn’t it our responsiblity to bring that about

“This planet is on course for a catastrophe.
The existence of Life itself is at stake
.”
– Dr Tim Flannery,
Climate Council