A Normal Day in Climate Science

Don’t believe everything you read – especially about the supposed link between global warming and natural disasters.

Misleading public claims. An over-hyped press release. A paper which neglects to include materially relevant and contradictory information central to its core argument. All in all, just a normal day in climate science!

Those of us who take the trouble to delve into the bewildering world of climate change soon discover a wheelbarrow full of questionable practices and sloppy research. That doesn’t invalidate the entire field, but it does give one tremendous pause.

If I thought the fate of the planet hinged on the work I was doing, I’d be bending over backward to meet the highest standards possible. I’d triple-check my math. I’d use widely recognized procedures – rather than making up new ones. I’d …

Government Scientists Couldn’t Find Any Climate Change, So They Simply Manufactured It 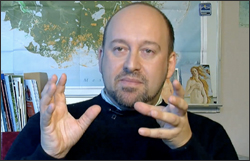 More historical evidence exposing the scandalous data adjustments to the US temperature record. This time via a 1989 New York Times article.

The article notes no significant change in average temperatures or rainfall in the United States over entire [100 year] period :

After examining climate data extending back nearly 100 years, a team of Government scientists has concluded that there has been no significant change in average temperatures or rainfall in the United States over that entire period.

While the nation’s weather in individual years or even for periods of years has been hotter or cooler and drier or wetter than in other periods, the new study shows that over the last century there has been no trend in one direction or another.

The study, made by scientists for the National Oceanic and Atmospheric Administration was published in the current issue of Geophysical Research Letters. It is based on temperature and precipitation readings taken at weather stations around the country from 1895 to 1987.

via Real Science – Government Scientists Couldn’t Find Any Climate Change, So They Simply Manufactured It

Suffering from a distinct lack of late 20th Century warming? Simply call in NASA’s Hansen and Schmidt – The Climate Chiropractors, to ‘Cool’ the past and ‘Warm’ the present to fit the mann-made global warming ‘hockey-stick’ theme :

The 1999 NASA version of US temperatures confirm the NY Times article, showing no significant change in average temperature. Though a sharp decline from the warm 1930′s to the 1990′s is present. 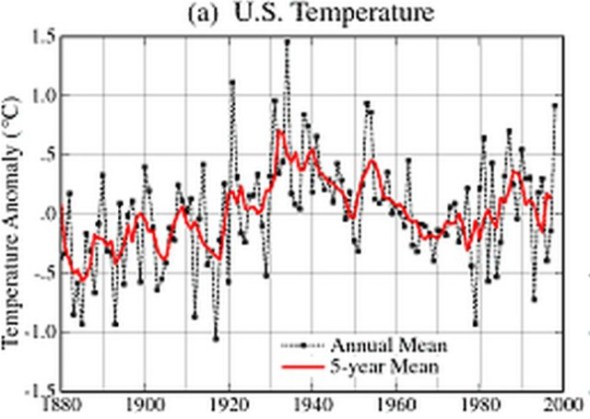 But in the year 2000, NASA and NOAA altered the historical US temperature record, which now shows that there was about one degree centigrade US warming during the century before 1989.

The current version shows an increase from the 1930′s to the 1990′s. The past magically changed! 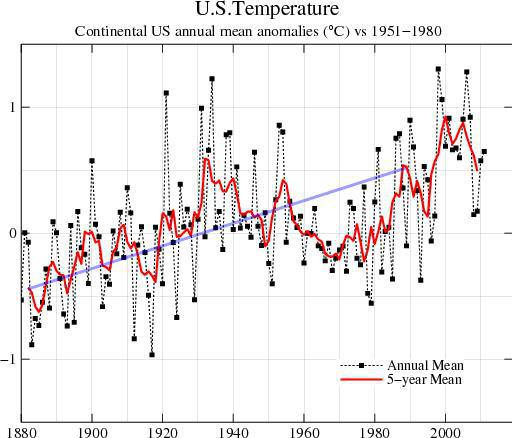 The blink comparator below shows the huge changes which have been made to the US temperature record since 1999. The past has been massively cooled, and the present has been massively warmed. A cooling trend has been turned into a warming trend, by adjusting the data. 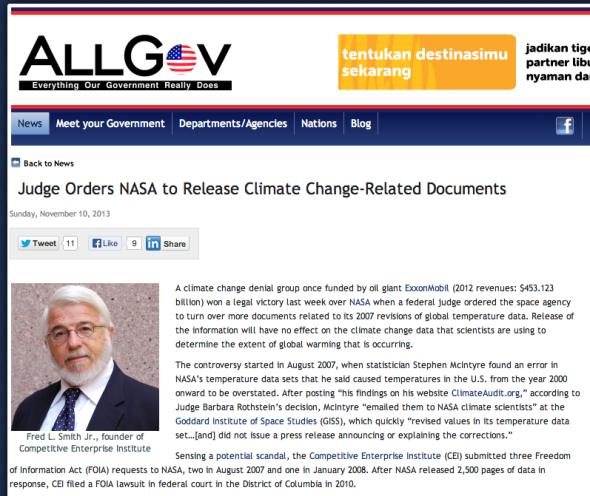