Warm periods during the past, like the MWP and the 1930′s completely wreck the global warming narrative – so NASA puts a lot of effort into erasing the 1930′s, while Mann takes down the MWP. The work NASA is doing to corrupt the Vestmannaeyja, Iceland temperature record is nearly as impressive as the work they are doing at Reykjavik.

As at Reykjavik, NASA is cooling the past at 2.2ºC per century. Amazing how two different stations separated by 70 miles had exactly the same errors, which required that the past be massively cooled.

If the present refuses to get warmer, then the past must become cooler.

Like Winston Smith at Orwell’s Ministry of Truth, NASA GISS has to eliminate any record of the warm 1930′s and 1940′s

NASA is cooling the past at 2.2ºC per century.

If the present refuses to get warmer, then the past must become cooler.

EPA Says That The Worst Heat Waves Occurred in The 1930s : 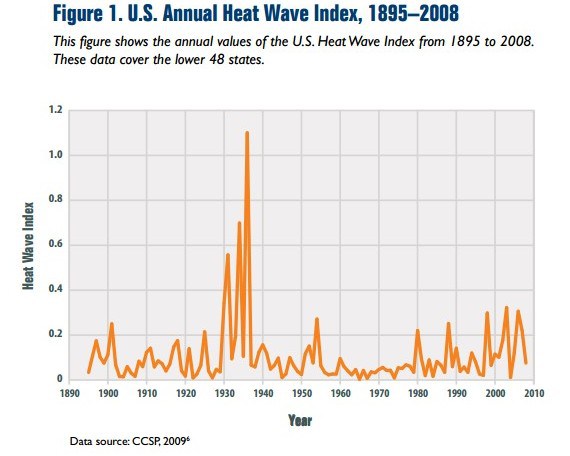