“Land…cannot be treated as an ordinary asset, controlled by individuals and subject to the pressures and inefficiencies of the market. Private land ownership is also a principle instrument of accumulation and concentration of wealth, therefore contributes to social injustice.” From the1976 report UN’s Habitat I Conference.

“It is the responsibility of each human being today to choose between the force of darkness and the force of light. We must therefore transform our attitudes, and adopt a renewed respect for the superior laws of Divine Nature.“ – Maurice Strong, first Secretary General of UNEP 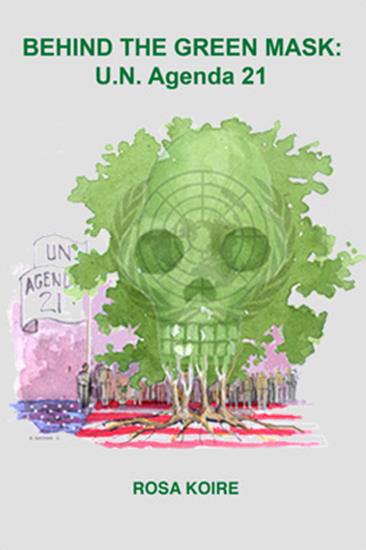 MUST SEE : Glenn Beck meets with Rosa Koire author of BEHIND THE GREEN MASK: U.N. Agenda 21

MUST SEE – UN Agenda 21 (ICLEI) Explained in This Video | PatriotsBillboard

MUST SEE VIDEO (Long vid, but break up. You, your children and friends need to see this)

So the Blanding’s Turtle must once again prove that it is in sufficient danger to warrant protection against industrial wind turbines from bestriding and destroying its unique, fragile habitat at Ostrander Point in Prince Edward County. Not only that, the proponents of the proposed wind factory, (Gilead Power) claim in their appeal of the recent decision of the Environmental Review Tribunal (ERT) protecting the turtle, that the reptile’s advocates, Prince Edward County Field Naturalists (PECFN), must “prove that the project would cause serious and irreversible harm to the turtle population province wide.” (Our emphasis.)

This is an interesting tack to take considering that the original decision of the ERT rejected such extrapolations, insisting on case-by-case assessment, when it came to previous Tribunal findings about the harmful effects of industrial wind turbine operations on human health!

But Gilead, and the Ministry of the Environment (MOE), which is also appealing the…

“Historically, the claim of consensus has been the first refuge of scoundrels; it is a way to avoid debate by claiming that the matter is already settled. Whenever you hear the consensus of scientists agrees on something or other, reach for your wallet, because you’re being had.”

Confident predictions of catastrophe are unwarranted.

Is there a reason to be alarmed by the prospect of global warming? Consider that the measurement used, the globally averaged temperature anomaly (GATA), is always changing. Sometimes it goes up, sometimes down, and occasionally—such as for the last dozen years or so—it does little that can be discerned.

Claims that climate change is accelerating are bizarre. There is general support for the assertion that GATA has increased about 1.5 degrees Fahrenheit since the middle of the 19th century. The quality of the data is poor, though, and

because the changes are small, it is easy to nudge such data a few tenths of a degree in any direction. Several of the emails from the University of East Anglia’s Climate Research Unit (CRU) that have caused such a public ruckus dealt with how to do this so as to maximize apparent changes.

The general support for warming is based not so much on the quality of the data, but rather on the fact that there was a little ice age from about the 15th to the 19th century. Thus it is not surprising that temperatures should increase as we emerged from this episode. At the same time that we were emerging from the little ice age, the industrial era began, and this was accompanied by increasing emissions of greenhouse gases such as CO2, methane and nitrous oxide. CO2 is the most prominent of these, and it is again generally accepted that it has increased by about 30%.

That said, the main greenhouse substances in the earth’s atmosphere are water vapor and high clouds. Let’s refer to these as major greenhouse substances to distinguish them from the anthropogenic minor substances. Even a doubling of CO2 would only upset the original balance between incoming and outgoing radiation by about 2%. This is essentially what is called “climate forcing.”

There is general agreement on the above findings. At this point there is no basis for alarm regardless of whether any relation between the observed warming and the observed increase in minor greenhouse gases can be established. Nevertheless, the most publicized claims of the U.N.’s Intergovernmental Panel on Climate Change (IPCC) deal exactly with whether any relation can be discerned. The failure of the attempts to link the two over the past 20 years bespeaks the weakness of any case for concern.

The IPCC’s Scientific Assessments generally consist of about 1,000 pages of text. The Summary for Policymakers is 20 pages. It is, of course, impossible to accurately summarize the 1,000-page assessment in just 20 pages; at the very least, nuances and caveats have to be omitted. However, it has been my experience that even the summary is hardly ever looked at. Rather, the whole report tends to be characterized by a single iconic claim. Keep Reading »