“Persecution of non-believers has been popular for centuries. Belief and denial are the words of zealots, not scientists.”

President Obama and his cabinet have laid down the gauntlet, by announcing that any government scientist who interferes with the White House political agenda will be purged.

Obama’s Interior Secretary Sally Jewell: ‘I hope there are no climate change deniers in the Department of Interior

This makes it impossible for any scientist to act as a whistleblower, or even publish an honest paper.

In 2009, Obama promised to de-politicize science.

The way he de-politicized it, was by strong-arming all government scientists into reporting results which back Obama’s political agenda.

Obama is openly dictating science from the White House. This approach was SOP in the Soviet Union and Nazi Germany, but a first for the US.

Man Made Global Warming Is A Complete Fraud

As of 1990, the IPCC didn’t see any Mann-made global warming.

In 1975, the National Academy Of Sciences didn’t see any global warming

Hansen showed the US cooling : 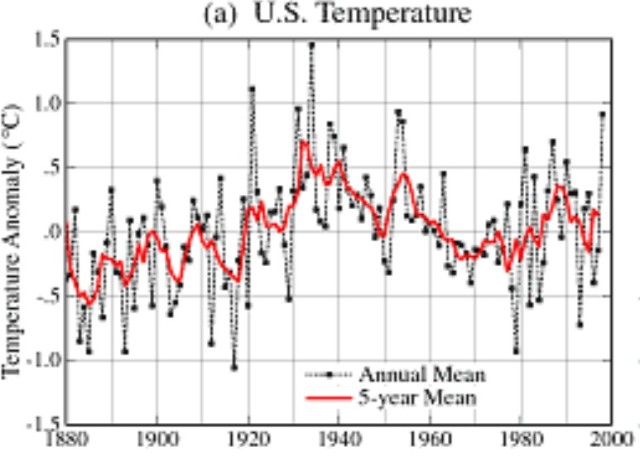 in the U.S. there has been little temperature change in the past 50 years, the time of rapidly increasing greenhouse gases — in fact, there was a slight cooling throughout much of the country