NASA Massively Tampering With The US Temperature Record

In 1999, NASA published this graph, showing that the 1930s was by far the warmest decade in the US 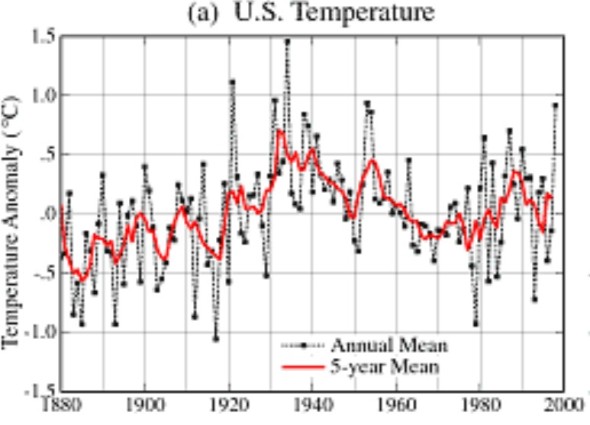 The graph was accompanied by this text :

in the U.S. there has been little temperature change in the past 50 years, the time of rapidly increasing greenhouse gases — in fact, there was a slight cooling throughout much of the country

They have since eliminated the hot 1930s from the temperature record. Their current…

One Comment on “NASA Massively Tampering With The US Temperature Record”