According the top US scientists the Arctic should be ‘ice-free’ in a few weeks:

“Given present trends in extent and thickness, the ice in September will be gone in a very short while, perhaps by 2015.”

‘Arctic is Rotten and decayed and will all melt soon’

David Barber says that the little remaining ice in the Arctic is rotten and decayed and will all melt soon. (He has been saying that for every year I can remember.)

“Arctic Ice in ‘Death Spiral” with additional heating due to global warming, the extent of sea ice cover has gotten smaller and smaller over the summers since the 1980s.

Look forward to Nat Geo’s Arctic ice Death Spiral, rotten decaying, ice-free arctic 2013 update: “We’ve got no idea what we’re talking about. However human’s are still to blame, the problem of global warming will not go away.”

Reader Brian D sent over this 1971 National Geographic map, which shows that there is a lot more Arctic sea ice now than there was 42 years ago. 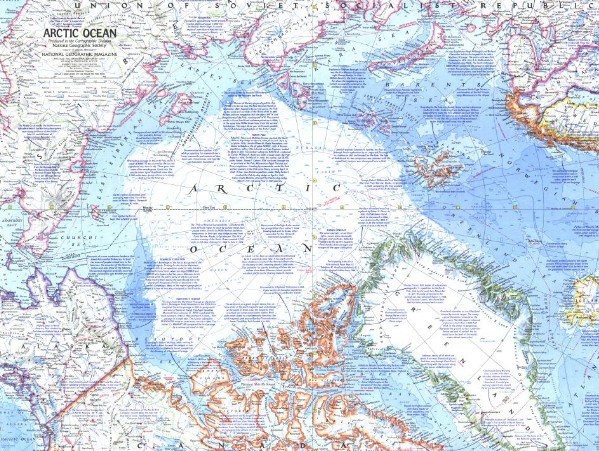 I remember seeing that map at the time.  The next map overlays current ice extent on the 1971 map, with green representing ice present in 2013 that was not present in 1971, and red representing the opposite.

NSIDC likes to pretend that ice has been declining steadily, by starting their graphs near the century maximum in 1978.

NCAR mentioned the ice growth at the time

In February of 1972 earth-orbiting artificial satellites revealed the existence of a greatly increased area of the snow and ice cover of the north polar cap as compared to all previous years of space age observations.

As did the CIA

Is Mark Serreze hiding the incline of Arctic ice since 1971? 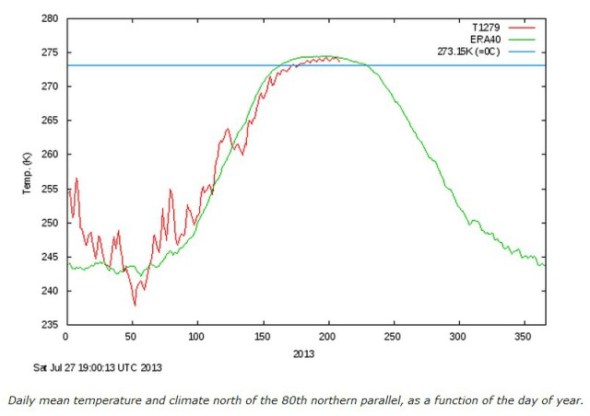 Our leading diplomats, scientists and environmental organizations have promised that the remaining 155,000 Manhattans of Arctic sea ice are going to melt in the next week or two. The graph below updates the most likely death spiral trajectory. 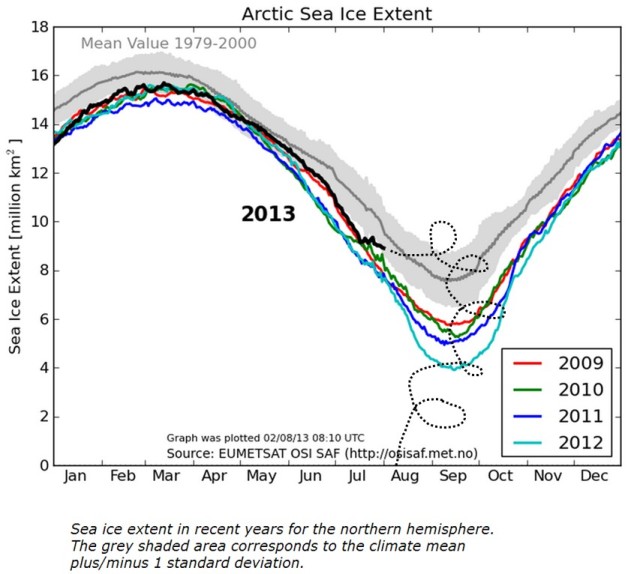 the Arctic will be ice-free in the summer of 2013

– John Kerry, US Secretary of State

James Hansen : ‘This is the last chance’

“We see a tipping point occurring right before our eyes,” Hansen told the AP before the luncheon. “The Arctic is the first tipping point and it’s occurring exactly the way we said it would.”

Hansen, echoing work by other scientists, said thatin five to 10 years, the Arctic will be free of sea ice in the summer.

NASA warming scientist: ‘This is the last chance’ – USATODAY.com

The alarming loss of sea ice which has grown worse each summer over the past several decades, has taken a sharp turn for the worse: this year the loss is right in the middle, the most resilient part of the ice cover. This could lead to a completely ice-free Arctic Ocean by September.

Satellite imagery shows that there is 50% more ice than last year (green area.) 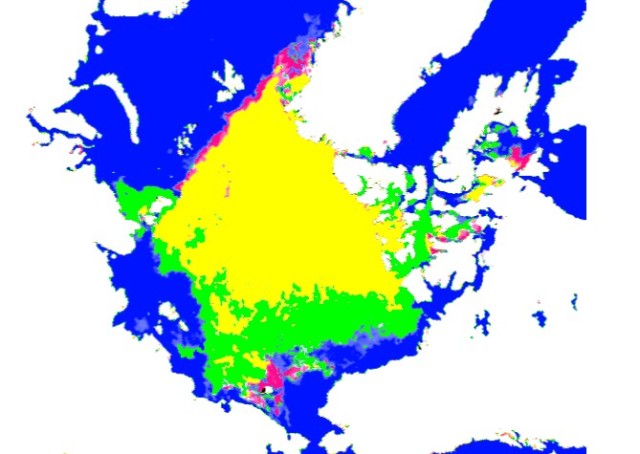 Arctic ice area has increased by almost 20,000 Manhattans from this date last year, making it the second largest increase on record. The only year which gained more ice was 1996.